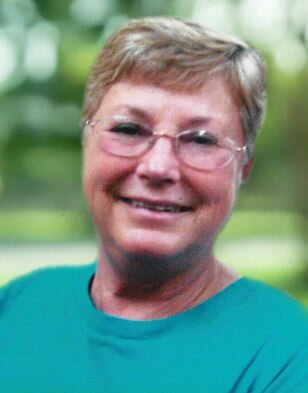 Please share a memory of Marlene to include in a keepsake book for family and friends.
View Tribute Book
Marlene Hazel Pap, age 80, passed away on January 8, 2023, in Ardmore, Okla. A Celebration of Life will be 10:30am, Friday, January 13, 2023, at Abundant Grace Church, 300 N. Willis St., Kingston, Okla. 73439, under the direction of the family with Pastor Marvin Lowry officiating. Cremation with care under the direction of Griffin ~ Hillcrest Crematory. Marlene was born in Colbert, Okla., on November 17, 1942, to Clayton Foutch and Marie (Stewart) Foutch. She was a graduate of Kingston High School. She moved to Ardmore Okla. in 1964, where she worked for Big Chief Roofing Company, and she met David Pap. The couple married in Gainesville, Texas January 17, 1970. She later worked for Holden Energy. After David’s retirement in 2002, they purchased “Lake Murray Grocery” working there together and then sold it in 2007, when they decided to retire. Marlene was a Girl Scout leader for many years, devoted to her girls. She loved working with her hands and crafting. Marlene was a devout and involved member of Abundant Grace Church in Kingston. She was preceded in death by her parents, three grandchildren, two brothers, and a son in-law. Marlene is survived by her husband of 53 years, David Pap, three daughters, Ladonna Marquez and husband, Paul, Rhnea Snyder, and Jenifer Smith and husband, Michael. Six grandchildren and eleven great-grandchildren, brother, Mike Foutch, sister, Donna Sue Kyle and numerous family and friends.
To send flowers to the family or plant a tree in memory of Marlene Pap, please visit Tribute Store
Friday
13
January