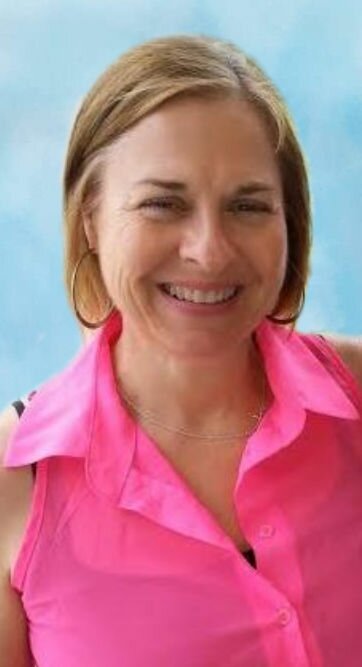 Please share a memory of Stacey to include in a keepsake book for family and friends.
View Tribute Book
Stacey Leigh Ayres, age 59, passed from this life at her mother’s home in Ardmore, Okla., on Thursday, January 5, 2023. A Celebration of Life Service for Stacey Leigh Ayres will be at held at 2:00 PM, Friday, January 13, 2023, in The Chapel at Griffin~Hillcrest Funeral Home of Ardmore, Okla. with Rev. David W. Smart officiating. Stacey was born on March 5, 1963, at Lubbock, Texas, to Bob Pusey and Jane (Maxwell) Pusey. She graduated from Ardmore High School with the Class of 1981 and earned her degree in Professional Secretarial in 1982. In 1989, Stacey completed her certification from the University of Oklahoma as a Legal Assistant. In 2019, she became a licensed Realtor. She worked as David Blankenship’s Legal Assistant for 40 years, joining his team in 1983. Stacey married the love of her life, Mike, on August 16, 2002. She was a member of Eastman Baptist Church. Stacey has a passion for her grandchildren, goats, and her family. She was preceded in death by her grandparents, father, and her brother, Matt Pusey. Stacey is survived by her husband, Mike Ayres, their children: Amanda, husband Parris, and their children: Brody and Leighton, Shane Ayres and daughter, Jaydn, Brandon Ayres and wife, Cassie, their children: Peyton and Heidi, and Jacob Ayres. Her mother, Jane Maxwell, and sister, Kris Simpson and husband, Lee, and their daughter, Virginia. In lieu of flowers, donations may be made to Eastman Baptist Church, 5343 Eastman Road, Overbrook, OK 73453.
To send flowers to the family or plant a tree in memory of Stacey Ayres, please visit Tribute Store
Print
Friday
13
January