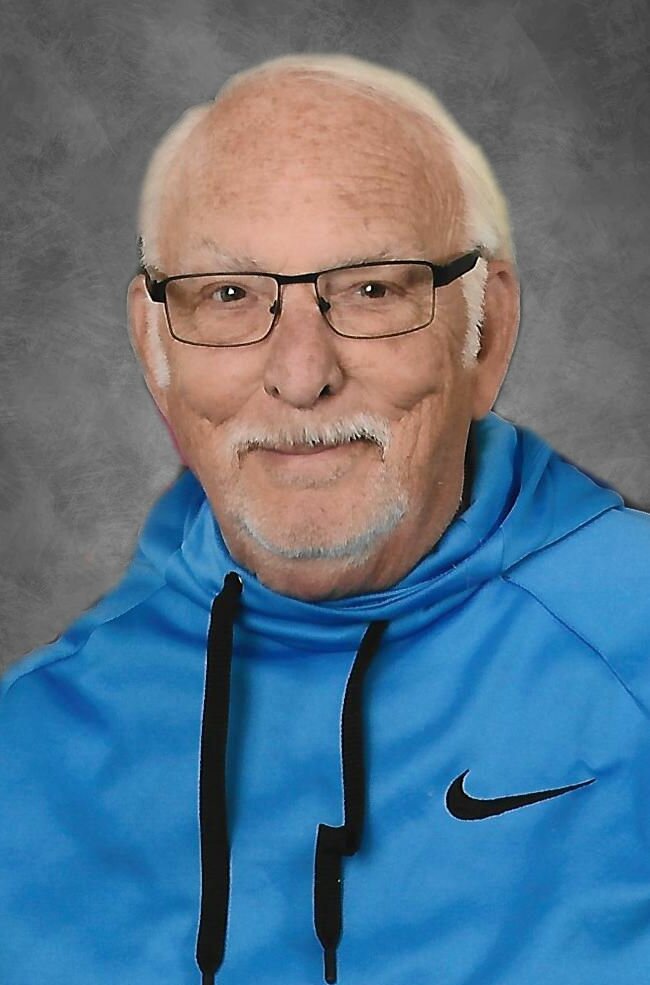 Please share a memory of Tom to include in a keepsake book for family and friends.
View Tribute Book
Tom Groeschel, age 83, passed away on Wednesday, January 4, 2023, in Ardmore, Okla. Funeral services will be held at 1:00 pm, Monday, January 9, 2023 at the First Methodist Colvert Ministry Center in Ardmore. Reverend David Daniel, Pastor Ed Skidmore, and Pastor Craig Groeschel will officiate the services. Interment to follow in Hillcrest Memorial Park, Ardmore, Okla. Tom was born on August 18, 1939, to Ross T. Brown and Velma (Fehrle) Brown. In 1951, Tom was adopted by Leonard Walter Groeschel. He attended Lutheran High School in Houston, Texas. After graduating, Tom attended Texas Lutheran University, Blinn Junior College, and Sam Houston State. Tom played semi-pro baseball before he was called to serve his country. While in the U.S. Army, he was posted at Fort Walters at Mineral Wells, Texas. He received his honorable discharge and returned to Houston where he began working for JC Penney as a retail manager. Tom married Karen Files and from this marriage came his children, Craig and Lisa. The family lived in Houston and Beaumont, Texas. In 1983, they moved to Ardmore where Tom had been hired to manage The Bealls Department Store. After his marriage ended to Karen, Tom married Royce (Hedgepath) Moser on July 31, 1999. After he retired in 1997, he took up a new career and worked for Yellow Pages until retiring in 2010. He has been active in the Kiwanis Club, and Sons of Confederate Veterans. Tom was active in Celebrate Recovery and recovery programs. He was also active in the jail ministry and witnessed to the inmates and was a former member of the Drug Court Board. Currently, Tom was serving on the board at Broadway House. He is a friend of Bill W. He was preceded in death by parents. Tom is survived by his wife, Royce Groeschel, son, Craig Groeschel and wife, Amy, daughter, Lisa Woods and husband, Jonathan. Grandchildren: Catie Smith, Mandy Meehan, Anna Reynolds, Sam Groeschel, Stephen Groeschel, Joy Groeschel, Jack Woods, Tyson Woods, and Sally Woods and great-grandchildren: Cole Smith, McKenna Smith, Spencer Smith, Jayce Meehan, and Haylen Reynolds. Step-children: Johnna Walker and husband, J. D., and Jeff Moser. Step-grandchildren: Jaci Walker, Jaelyn Walker, Maddy Moser, and Mason Moser. Two sisters: Sylvia Hildebrandt and husband, Barry, and Debbie Herbrich and husband, Ray. Serving as casket bearers will be: Sam Groeschel, Steven Groeschel, Jack Woods, Tyson Woods, Joshua Hildebrandt, Jason Herbrich, and Mason Moser. Visitation will be held on Sunday, January 8, 2023, from 4:00 pm until 6:00 pm, at Griffin ~ Hillcrest Funeral Home of Ardmore. In lieu of flowers, donations may be made to Tom’s House at the Broadway House, 221 2nd Street NW, Ardmore, Okla., 73401.
To send flowers to the family or plant a tree in memory of Tom Groeschel, please visit Tribute Store
Print
Sunday
8
January