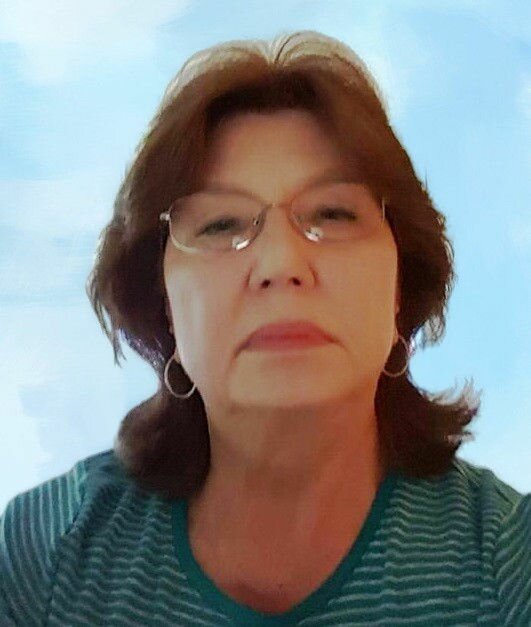 Please share a memory of Evelyn to include in a keepsake book for family and friends.
View Tribute Book
Evelyn M. Rose, age 71, passed away on Monday, December 12, 2022, at Ardmore, Okla. Committal services will be held at 10:30 AM, Monday, December 19, 2022, at Seaman First Class Billy Turner Veterans Cemetery at Ardmore with Pastor Wayne Lawson officiating. Evelyn was born on January 18, 1951, in Leesville, LA, to Murray Francis Hunt and Velma Alberta (Knapp) Hunt. She attended and graduated from Leesville High School with the Class of 1968. Moving to Colorado for a short time, Evelyn met and married Gary McLane. From this union, two daughters were born, Heather and DeLaina. The family lived at Liberal, Kansas, Woodward, Okla., and settled at Ardmore, Okla. Evelyn worked for Dr. Adair as a Tech. She decided to pursue a degree in Nursing and worked as a waitress while attending classes. She received her Nursing degree from Murray State College in 1990. After her marriage to Gary ended, she met Phillip Rose in 1987. The couple wed on October 8, 1991, at Las Vegas, Nevada. Evelyn worked at Elm Brook Nursing Home and then for the VA in Sulphur, Okla. When she retired in 2013, she had worked for 20 plus years there. Evelyn was an avid animal lover and leaves to this world, seven dogs and eight cats. She was preceded in death by her parents, three brothers, and two sisters. Evelyn is survived by her husband, Phillip Rose, daughters, Heather Exley and husband, Chet, and DeLaina Lujuan, and son, Michael Rose and wife, Sandra. Grandchildren: Michael Mendez, Alex Lujuan, Kayli Lujuan, Ayden Exley, and One great-granddaughter, Isabella Mendez. Serving as casket bearers will be James Brantley, Lee Stone, Ronnie Hayes, Billy Stone, Billy Hartman and David Rozzell. Honorary pallbearers will be Alex Lujuan and Michael Mendez. Visitation will be 6:00pm to 8:00pm, Sunday, December 18, 2022, in The Chapel at Griffin ~ Hillcrest of Ardmore.
To send flowers to the family or plant a tree in memory of Evelyn Rose, please visit Tribute Store
Sunday
18
December