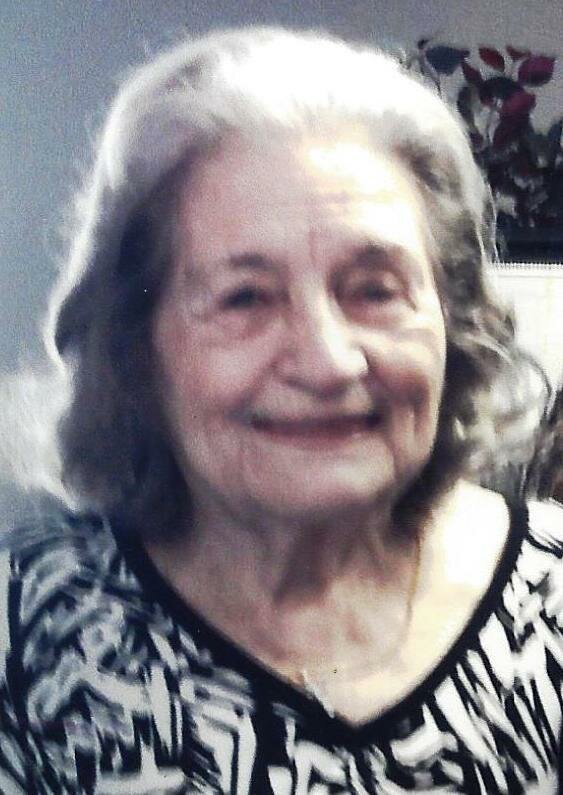 Please share a memory of Dorothy to include in a keepsake book for family and friends.
View Tribute Book
Dorothy Irene (Moore) Ford passed away peacefully surrounded by friends and family on Monday, November 21, 2022, at the age of 94. Memorial services to honor Dot’s life will be held at 10:30 a.m., Saturday, December 17, 2022, in The Chapel at Griffin~Hillcrest, Ardmore, Okla. Interment to follow in Hillcrest Memorial Park. Dorothy “Dot” (Gigi to her great grandkids) was born April 25, 1928, in Bradley, Arkansas to Tom B. and Rebecca Beene Moore. She met her husband, Lejoy (Lee) Ford on a blind date in Orange, Texas and married shortly thereafter on July 13, 1946, in the same Texas town that brought them together. As a married couple with grown boys, they enjoyed life living abroad with Lee’s job. Upon returning to the states, they settled in Woodville, Texas and continued making memories with their sons, daughters in love and grandchildren gathered around campfires when everyone came to the Woodville cabin. Eventually Dot and Lee moved to Ardmore, Oklahoma, making new friends and being close to their ailing son, Jerry. After Lee passed on June 7, 2003, Dot continued to live in their home until her final day. Dot is survived by her children Tommy Mack Ford and wife Sandy of Thrall, TX; Robert Glenn Ford and wife Marsha of College Station, TX; daughter in love Beverly Ford (Jerry) of Plano, TX; grandchildren Monte Ford and wife Kate; Dustin Ford and wife Heidi; Matthew Ford and wife Janine; Jake Ford and wife Allison; Natasha Tipps and partner Tom Fireoved; Mandy Ford and partner Jason Chaney; great-grandchildren Jackson and Grace Ford (Monte & Kate); Justin and Cameron Ford (Dustin & Heidi); Oliver and Laurelai Ford (Matthew and Janine); Charlie and Mari Ford (Jake and Allison); Lauren (Tipps) Carney & husband Brandon , Alexandra and Gavin Tipps (Natasha); great-great-grandchildren Jasper and Aela Carney (Lauren & Brandon); loving neighbors Pat and Jimmy Cox, friend and caregiver for the last six years, Wanda Willis and many other friends in the Ardmore community. Dot was preceded in death by her parents Tom and Rebecca Moore, loving husband, Lejoy Ford, beloved son, Jerry Dale Ford (Beverly) and great-grandson, Lucas Allen Ford (Dustin & Heidi). The family would like to thank Pat and Jimmy for looking in on Dot and keeping her company through the years after Lee passed, Wanda for being her devoted caregiver and friend for so many years, DeShay and Loria for being such compassionate caregivers and the many other earthly angels that blessed Dot’s final months with their smiles and grace.
To send flowers to the family or plant a tree in memory of Dorothy Ford , please visit Tribute Store
Saturday
17
December