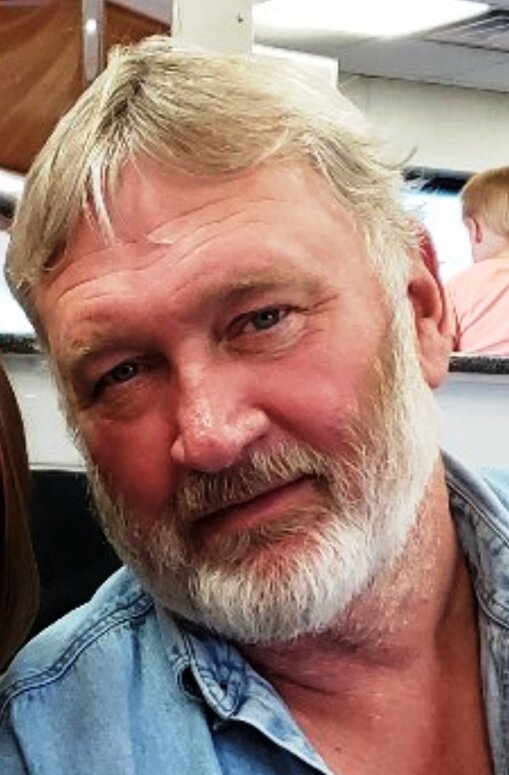 Please share a memory of Marlon to include in a keepsake book for family and friends.
View Tribute Book
Marlon (Dale) Taylor, age 64, passed away on Friday, September 23, 2022, in Oklahoma City, Okla. with his family by his side. A celebration of life will be 1:00pm, November 12, 2022 at Smoking Joes BBQ, in Davis, Okla., to honor Dale for being a blessing and a husband, dad, brother, son, uncle, and friend, but most of all being the best papa we could ever have! We will also celebrate Dale’s mother, Ruth at the same time. Dale was born on August 29, 1958 in Odessa, TX, to Elmer Lee Taylor and Wilma Ruth (Nall) Taylor. He grew up in Odessa, TX., but graduated from Thibodaux, LA. High School in his 11th year, with the class of 1976. Afterwards, he returned to Odessa where he worked for Jesse Valle Machine Shop. He came to Lone Grove where he worked until his father passed in 1994. Dale and his brother then started Taylor Brothers Inc. where he worked for their main client, Ardmore Refinery until January of 2022, only because of his health issues did he retire at this time. Dale enjoyed a lot of different things, riding Harleys with The Harley Guys, RV camping with the Phillips and anyone that wanted to enjoy peacefull days away. His number one thing was family, his children, grandkids, taking his RV to softball games, watching all the giggly girls and being one of their number one fans. His heart was full for his three granddaughters and two grandsons. Also sitting around the shop with all his buddies and being a best friend to Chris and Kara. He was preceded in death by his father, brother, Eric and nephew, Rusty. His mother passed 10 days after dale, parents-in-law, Andrew and Gertrude Berry, brother-in-law, Ron Berry, and sister-in-law, Betty Taylor. Dale is survived by his wife, Debby, who he met in 1980 and they got married on January 9, 1981 and were married for 41 years, 8 months and 14 days. Daughter, Kara Payne and husband, Dillon, of Gene Autry, son, Chris Taylor and wife, Nikki, of Ardmore, grandchildren, his birthday girl, Marlee Rae Taylor, Kayden Payne, Jager and Marleigh Williams, Jennings Taylor, brother, Mark of Ardmore, sister-in-law, Dewana Smith and husband Ted, brother-in-laws, Tommy and Dale Berry. Many nieces, nephews, aunts, uncles, cousins, and his two bonus sons, Kody Kyle of Lone Grove and Johnny Clinton of Ardmore. Cremation with care under the direction of Griffin~Hillcrest.
To send flowers to the family or plant a tree in memory of Marlon Taylor, please visit Tribute Store
Saturday
12
November

Share Your Memory of
Marlon
Upload Your Memory View All Memories
Be the first to upload a memory!
Share A Memory
Send Flowers
Plant a Tree