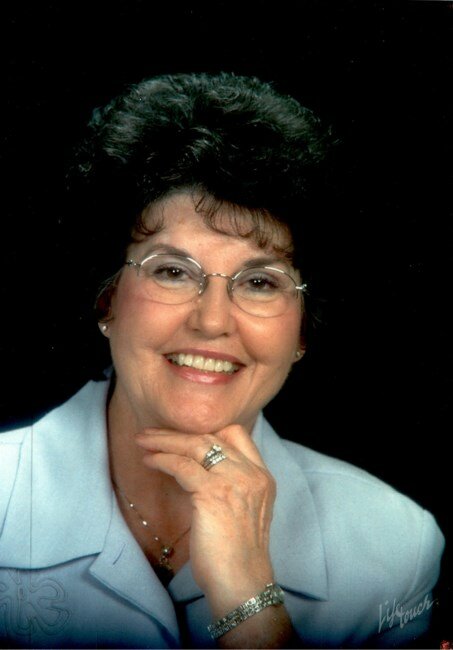 Please share a memory of Donna to include in a keepsake book for family and friends.
View Tribute Book
Donna Lorraine Hurt Wilkinson passed away quietly in her sleep on October 26, 2022, at University Village Memory Care in Round Rock, Texas. Donna will be laid to rest beside her parents with a graveside service at 11:00 AM, Wednesday, November 2, 2022, at Hillcrest Memorial Park in Ardmore, Oklahoma, in the city of her birth. Donna was born in Ardmore, Oklahoma, on September 5, 1938, to Reggie Hurt and Norma Carey Hurt. Donna spent all of her childhood years in Healdton, Oklahoma, as she used to say, "from the cradle roll on" graduating from Healdton High School with the class of 1956 as the salutatorian. Donna was an accomplished musician and received scholarship offers from Oklahoma Baptist University and Oklahoma University. She chose OBU and spent 3 years there as a member of the award-winning Bison Glee Club and the Bisonettes girls' quartet. On June 13, 1959, her life changed forever as she married Tary Wilkinson, a Healdton HS graduate of 1954 and became an Army wife. Donna was not only the typical Army wife, keeping the home fires burning, but served in many other areas as the family traveled where the service sent them. In Alaska, while stationed at Fort Richardson, both of her children were born at Elmendorf Air Force Base, and she assumed the role of motherhood. At Fort Rucker, Alabama, Fort Stewart, Georgia, and Fort Leavenworth, Kansas, she served as a substitute teacher in the military dependent school system. At Fort Stewart, she taught private vocal and piano lessons and was the choir director at the First Baptist Church in Hinesville, Georgia. In 1974, while at Fort Rucker, she completed her final year of college receiving her degree in Music Education at Troy State University. She later completed her master's degree in counseling a Central Texas College and educational counseling certification at Southwest Texas State University. Donna retired from the Killeen Independent School District after twenty years in 1997 having served as a junior high school choir director, a counselor, and a 5th grade teacher. In 1998, she and Tary moved to the Berry Cheek area in Georgetown, Texas. Although unable to play golf because of after effects of childhood polio, she loved sitting on the patio overlooking the fourth green admiring the view and watching the antics of the players. Donna was predeceased by her parents, both who lived in Georgetown at the time of their death. She is survived by her husband Tary and son Jay of Georgetown, daughter and son-in-law Doctors Tari and Steve Thomas of Pflugerville, Texas, grandson Wade Thomas of Pflugerville, and grandson Clay, currently attending the optometry school in Puerto Rico, and his wife Raquel. Donna loved the Celebration Class at First Baptist Church in Georgetown and was a faithful member until she became unable to attend due to her struggle with Alzheimer's. Donna was able to live at home for several additional years mainly because of the help of our Visiting Angel, Jennifer West. In her last years, she was able to live comfortably through the loving care at University Village Memory Care and Valerian Hospice.
To send flowers to the family or plant a tree in memory of Donna Wilkinson, please visit Tribute Store
Print
Wednesday
2
November