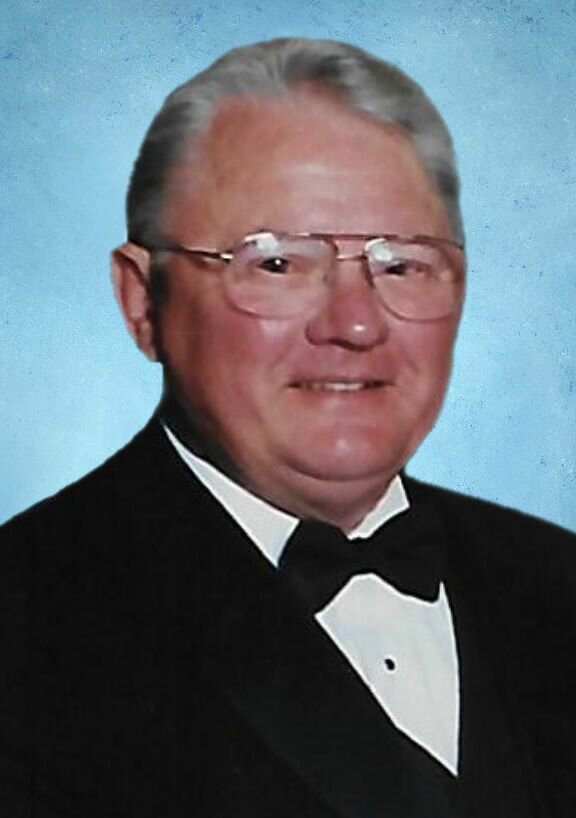 Please share a memory of Lowell to include in a keepsake book for family and friends.
View Tribute Book
Lowell “Benny” Jones, of Ardmore, Okla., passed away peacefully in his sleep on Monday, August 8th, 2022, at the age of 84. Funeral services will be held at 3:00 pm, Friday, August 12, 2022 at First Baptist Church, 225 First Avenue SW, Ardmore, Okla., with Dr. Alton Fannin officiating. Interment to follow in Hillcrest Memorial Park. Benny was born in Pawhuska, Okla.on November 7, 1937 to Benjamin and Viola Jones. Benny graduated from Shidler High School in 1956. He earned a degree in Forestry from Oklahoma State University in 1960. During his college years he was a member of ROTC and earned many awards, one being a Sharpshooter award. Following graduation, he worked for the Department of Forestry where he was responsible for reforestation of many acres of land and forests. He later took his dream job with the United States Drug Enforcement Administration, and gained much notoriety for his dedicated service. Benny loved his family and had a busy, wonderful, full life. Benny enjoyed spending time at his farm, hunting, shooting, and fishing at Blue River. He loved teaching his grandsons to shoot and how to reload ammo. Friends and family loved to listen to his stories and learn from his wealth of knowledge. Benny loved animals, especially his two buddies, Gracie and Holly. Benny was active in the Masons, Scottish Rights, and Shriners. He served his lodge as Post Master until he stepped down due to declining health. Benny was a member of First Baptist Church of Ardmore, where he gave his life to Christ and was baptized in 2013. From a previous union came three children: a daughter Kelly and two sons, Mark and Craig. In January 2000, Lowell “Benny” Jones married his long-time love and high school sweetheart, Paula Alfrey Jones. He is survived by Paula Jones, his wife of almost 23 years, his three children: Kelly Maytubby of Norman, Okla., Mark Jones of Virginia, and Craig Jones and wife Irine Jones of New Mexico. Benny was blessed with his four bonus daughters: Leslie Gillaspy and husband James of Lone Grove, Okla.; Tina Callender and husband Scott of Ardmore, Okla.; Carlene Henderson and husband James of Ada, Okla.; Melissa Johnson of Ardmore, Okla. Other survivors include a sister Melvina Norris and his grandchildren: David Gillaspy, Jennifer (Bradford) Crowder, Tasha (Jeremiah) Walters, Brittany (Derek) Morgan, Brandon (Alexa) Arnold, Paul Callender, Benjamin Jones, Andrea Arnold, Alexandra (Dakota) McWilliams, Bruce (Jane) Maytubby, Cody Jones, Carlee (Gary) Cox, Parker Henderson, Taryn (Bradley) Taylor, Tori (Dee) Gregory, Kaylea Gillaspy, Catherine (Lance) Blair, Hannah Richards, 17 great-grandchildren, as well as extended family members, and many cherished friends. He was preceded in death by his parents Benjamin and Viola Jones and his brothers Dan and Dwight Jones. A visitation for this man many loved will be Thursday, August 11, 2022, from 6:00 pm until 8:00 pm at Griffin- Hillcrest Funeral Home, Ardmore, Okla.
To send flowers to the family or plant a tree in memory of Lowell Jones, please visit Tribute Store
Thursday
11
August

Share Your Memory of
Lowell
Upload Your Memory View All Memories
Be the first to upload a memory!
Share A Memory
Send Flowers
Plant a Tree