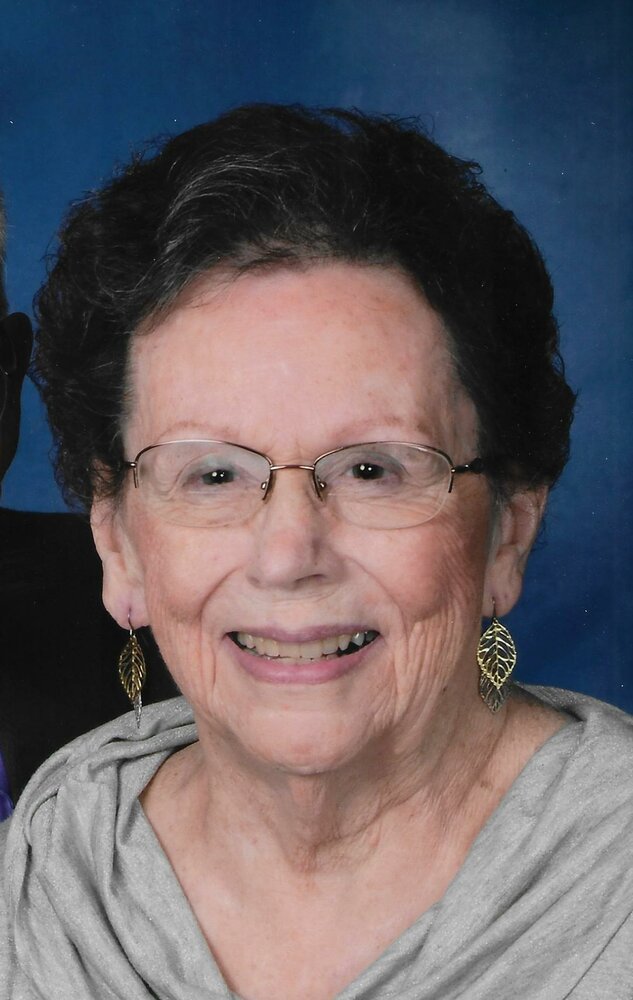 Please share a memory of Janet to include in a keepsake book for family and friends.
View Tribute Book
Janet Faye (Gibbs) Rainbolt, age 88, passed from this life into the arms of her Savior on Sunday, July 10, 2022, in Ardmore, Okla. A memorial service will be held at 10:30 am, Saturday, July 16, 2022, in The Chapel at Griffin-Hillcrest with Dr. Alton Fannin officiating. Janet was born and raised in the hills around Petersburg, KY on May 1, 1934, to Robert Gibbs and Elsie (Birkle) Gibbs. The family moved to Colorado Springs, CO, for her dad’s health where she graduated from High School and was spotted in the church choir by Herbert Rainbolt who quickly decided she was the one for him. They were married June 15, 1952, and reached their 70th anniversary milestone before her “home-going.” Janet spent these years as a marvelous homemaker, mother, and grandmother. She was a creative artist, craftswoman, and expert seamstress, sewing both daughters’ wedding dresses and suits for her son and husband. She crocheted and knitted prayer shawls and caps for people who were struggling with illness. She knew the names of many flowers and created beautiful flower gardens. She was an avid reader and Bible student and taught Sunday School for over 35 years. Janet was also a musician, playing piano and handbells, and was the instigator and a charter member of the Keenage Choir at FBC, Ardmore. She loved cooking for her family, playing games, and working puzzles when she wasn’t sewing, knitting, crafting, or decorating. Her hands were always busy creating something wonderful for others to enjoy. Janet was preceded in death by her parents, and one son Mark Rainbolt. She will be missed by her husband, Herbert Rainbolt, daughters: Ruanne DiMiceli and husband Jeff, of Ardmore, Okla; Robin Anderson and husband, Kelly of Oklahoma City, Okla; eight grandchildren including spouses, and 10 great-grandchildren. Condolences may be left at www.griffinhillcrest.com.
To send flowers to the family or plant a tree in memory of Janet Rainbolt, please visit Tribute Store
Saturday
16
July

Share Your Memory of
Janet
Upload Your Memory View All Memories
Be the first to upload a memory!
Share A Memory
Send Flowers
Plant a Tree