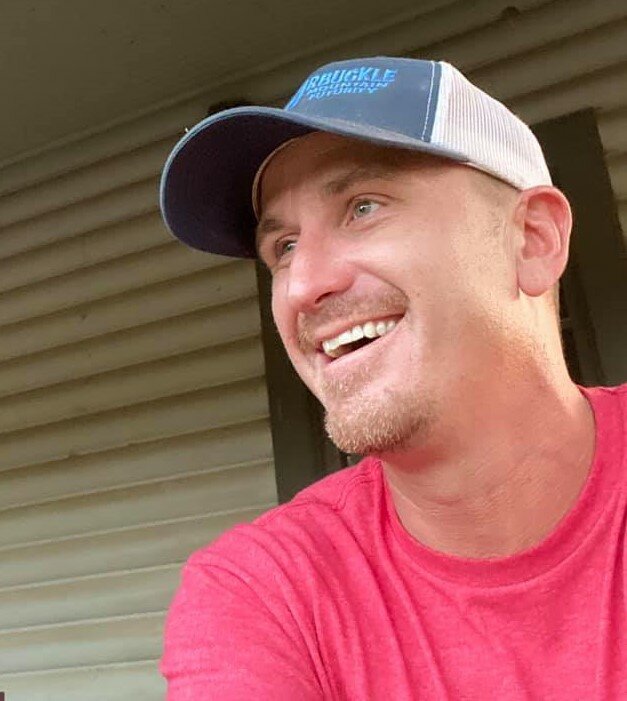 Please share a memory of Ryan to include in a keepsake book for family and friends.
View Tribute Book
Ryan Braxton West, 44, passed away June 9, 2022. Cremation under the direction of Griffin~Hillcrest Crematory. Ryan was born May 24, 1978 in Sacramento, CA. His parents, Ken and Stacy West, served in the Air Force, which led to him growing up in California, Germany, Arizona, and then finally Oklahoma. He spent lots of time with family in Reno, Nevada. Ryan graduated from Hugo High School in 1996, and was proud to be a part of the Buffaloes’ 1995 State Champion Basketball team. After graduating, Ryan served in the US Navy, and then attended Oklahoma State University. Ryan was an avid supporter of OSU athletics, and found joy in watching all sports year around. Ryan had a passion in his life for cooking. After many years of working in the restaurant industry, he opened West Catering and Concessions in 2016, where he ran his business with his family and many great friends. Even more important to him than sports and food, Ryan adored being a father to his kids, Elijah and Sophia. He was infinitely proud of them and loved them dearly. Ryan is survived by his son, Elijah, and daughter, Sophia; his parents; his siblings Will West, Meghan West, and Marcus West; and grandmother Dorris West. Ryan had many friendships along the way that he considered family as well. Ryan’s family will hold a private memorial for him in the days to come. They ask for your continued prayers during this difficult time. Condolences may be left at www.griffinhillcrest.com.
To plant a beautiful memorial tree in memory of Ryan West, please visit our Tree Store

Look inside to read what others have shared
Family and friends are coming together online to create a special keepsake. Every memory left on the online obituary will be automatically included in this book.
View Tribute Book
Services for Ryan West
There are no events scheduled. You can still show your support by planting a tree in memory of Ryan West.
Plant a tree in memory of Ryan

Share Your Memory of
Ryan
Upload Your Memory View All Memories
Be the first to upload a memory!
Share A Memory
Plant a Tree