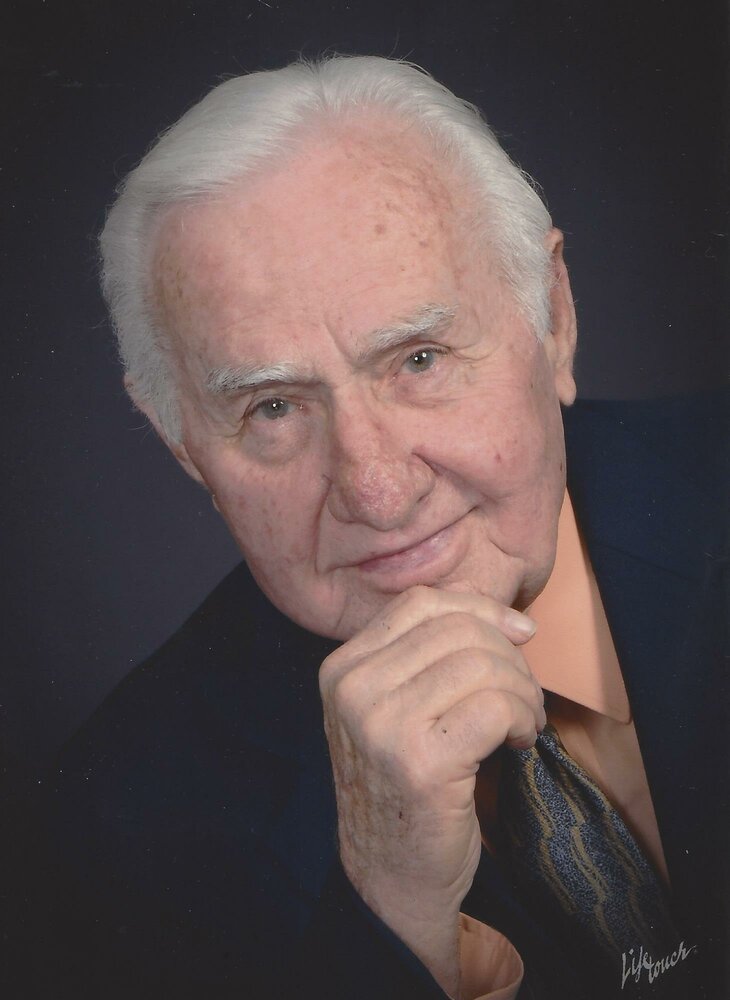 Please share a memory of Alvin to include in a keepsake book for family and friends.
View Tribute Book
Alvin Baker, age 88, passed away on Monday, May 30, 2022, in Ardmore, Okla. Funeral services will be held at 2:00 pm, Friday, June 3, 2022, at The First Baptist Church of Ardmore with The Dr. Alton Fannin officiating. Interment to follow in Hillcrest Memorial Park of Ardmore. Alvin was born on August 20, 1933, in Pike, Okla., to Grover Cleveland Baker and Rosa F. (Nichols) Baker. He attended Marietta High School. He was called to serve his country in the US Army in 1954, Alvin served until he received his honorable discharge in 1956. He returned to Marietta, Okla., and went to work for Red River Valley Rural Electric Association (REA) until his retirement as the Director of Engineering. He was also the Emcee for Marietta’s Frontier Days, was the “Voice” of the Marietta Indians football, and also served as president of the Jaycees. He was also a real estate agent for many years. Alvin was a member and was also President of the Marietta Chamber of Commerce. He was an avid outdoorsman and hunter, making numerous trips to Colorado with his friends, where Alvin fulfilled his dream of going elk hunting. He was a very faithful and active member of the First Baptist Church of Ardmore, serving as head usher and greeter. He was also a part of the Senior Adult Sunday School Department and Young at Heart Ministry. He will be remembered as a servant of the church. He was preceded in death by his parents. Alvin is survived by his wife, Sharron Baker, children: Ernie A. Baker and wife, Stephanie, of Ardmore, Jacky Baker and wife, Melissa, of Ardmore, and Marlene Dunn and husband, Dan, of Oklahoma City, and sister, Lolita Landrum of Houston, Texas. Visitation will be held on Thursday evening, from 6:00 pm until 8:00 pm, June 2, 2022 at Griffin ~ Hillcrest Funeral Home of Ardmore. Condolences may be left at www.griffinhillcrest.com.
To send flowers to the family or plant a tree in memory of Alvin Baker, please visit Tribute Store
Thursday
2
June

Share Your Memory of
Alvin
Upload Your Memory View All Memories
Be the first to upload a memory!
Share A Memory
Send Flowers
Plant a Tree