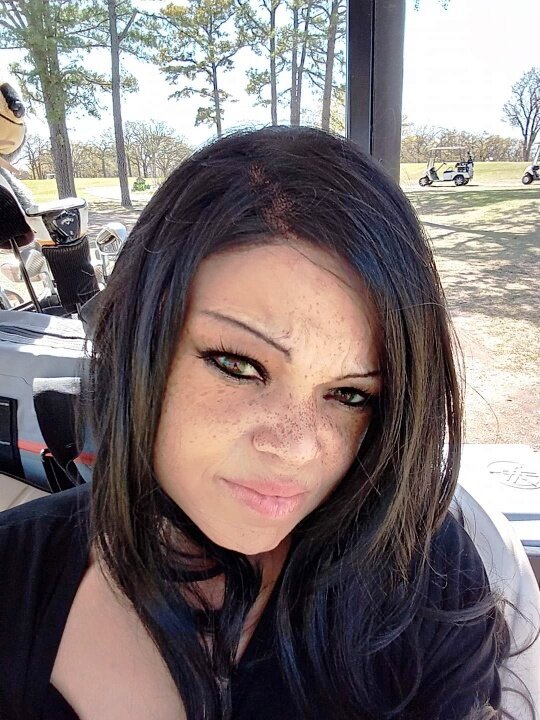 Please share a memory of Samantha Marie to include in a keepsake book for family and friends.
View Tribute Book
Samantha Marie “Sam” (Vanderburg) Gonzalez, age 40, passed away on Thursday, May 19, 2022, at Ardmore, Okla. Funeral services, under the direction of the family. will be held at 11:00 AM, Saturday, June 4, 2022, at The Abundant Life Worship Center of Ardmore. Cremation services under the direction of Griffin~Hillcrest Funeral Home of Ardmore. On May 3, 1982, a beautiful baby girl, Samantha, was born to Shirley Vanderburg and Manual Gooden, Sr., in Ardmore, Oklahoma. When she was 6 months old, her mother passed away and later was adopted by her maternal grandmother, Joyce Bass. She was raised in a loving home by Joyce and David Rice. She remained close to her siblings: Dana, Manual, and Quentin Gooden. Samantha attended Dickson Public Schools. While at Dickson, she met many lifelong friends. In 2000, she became a proud graduate of Ardmore City School Take 2 Program. She later matriculated at Murray State College. Recently, she had made plans to return to college. In her early years, she professed a hope in Christ. Later, she united with Abundant Life Church. She always made sure that the children knew that "prayer changes things". She was a baptized believer in Christ and truly believed that He was her Savior. In her professional life, she worked in retail, was a caregiver for the disabled and elderly, and worked as a part of traveling carnivals. It was during this period of traveling that she became known as "The Beautiful Gypsy Queen." Her family enjoyed many laughter sessions about this! Samantha was a woman of many talents. She was a decorator, a costume designer, floral designer, comedian, and gourmet cook. Her greatest accomplishments, however, were her children whom she loved without hesitation and without measure. Samantha was the proud mother of Lyndsey Flowers (Justin), Geoffrey Segler (Tommi), Michael Scarim, and Memphis Scarim. She was extremely appreciative of their God-given artistic, musical, nurturing, and scientific prowess. She was a loving grandmother to Kailey Flowers, Jax Martin, Travis Flowers, and Lola Rain Flowers. She was known to open her home and her heart to anyone who was down on their luck, without asking for anything in return. Samantha was a "giver." If she had it and you needed it. YOU GOT IT!!! She had some funny catch phrases: Sad developments, Don't know what to tell ya!, I love it!, MEMPHIS!!!!!!, MICHAEL!!!!!. And many others! She was preceded in death by her biological parents, Shirley and Manual; adoptive parents, Joyce and David; grandson, Phoenix Karsyn Buss; and friend, Tayce Tunnell. Samantha leaves to cherish her homegoing her four children: Lyndsey Flowers and husband, Justin, Geoffrey Segler and wife, Tommi, Michael Scarim, and Memphis Scarim, her grandchildren, Kailey Flowers, Jax Martin, Travis Flowers, and Lola Rain Flowers, her siblings: Dana, Manual, Quentin, and Robbie Lecron, great-aunt Carolyn Honeycutt, extended family, Wade and Carolyn Shelton family, and a host of close friends."Sam" will be missed by all!! A visitation will be held on Wednesday evening, from 6:00 pm until 8:00 pm, June 1, 2022, at Griffin~Hillcrest, Ardmore.
To send flowers to the family or plant a tree in memory of Samantha Marie Gonzalez, please visit Tribute Store
Wednesday
1
June