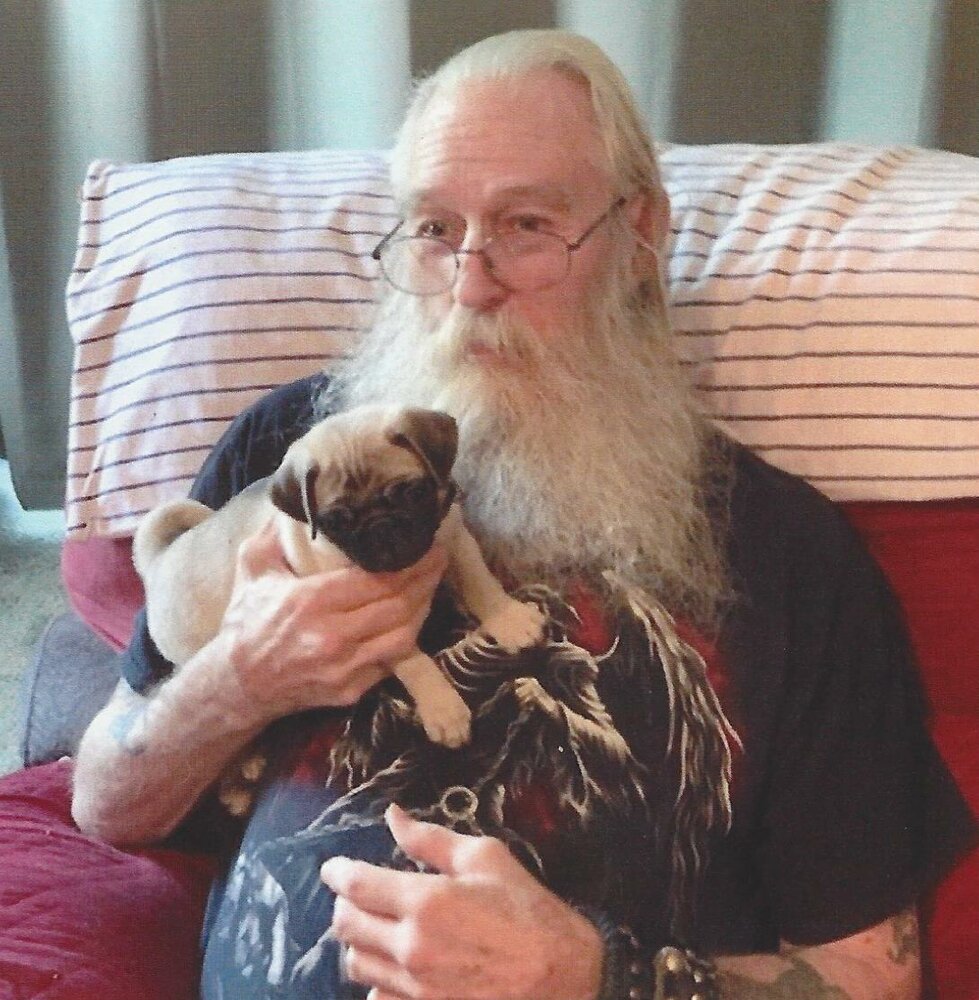 Please share a memory of Wayne to include in a keepsake book for family and friends.
View Tribute Book
Wayne Jackson Bunce, Sr., age of 75, passed away on April 25, 2022 in Ardmore, Okla. The family will hold a private memorial service at a later date. Cremation with care under the direction of Griffin~Hillcrest. Wayne entered this life in Porterville, California on January 21, 1947, to George Jackson Bunce and Roxie Ellen Attebery. Wayne served his country for nine years in the U.S. Navy during the Vietnam War. He loved his motorcycles growing up. The two things he enjoyed most in life were his Pug and his Harley. Wayne lived in Oklahoma for the last fifteen years. He will be sorely missed but not forgotten. He is preceded in death by his parents. Wayne is survived by his older sisters, Dianne Martinez and Darlene Achterberg of California and his younger brother, Dennis and his wife Pamela of Ardmore. Condolences may be left at www.griffinhillcrest.com.
To plant a beautiful memorial tree in memory of Wayne Bunce, please visit our Tree Store

Look inside to read what others have shared
Family and friends are coming together online to create a special keepsake. Every memory left on the online obituary will be automatically included in this book.
View Tribute Book
Services for Wayne Bunce
There are no events scheduled. You can still show your support by planting a tree in memory of Wayne Bunce.
Plant a tree in memory of Wayne

Share Your Memory of
Wayne
Upload Your Memory View All Memories
Be the first to upload a memory!
Share A Memory
Plant a Tree