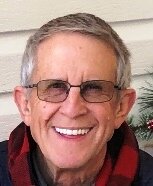 Please share a memory of Ronald to include in a keepsake book for family and friends.
View Tribute Book
R. D. “Ron” Williams Ronald Dedrick Williams, of Frisco, Texas, passed away May 9, 2022. He was born April 8, 1946 in San Angelo, Texas to Meryl and Florence Williams. Ron graduated from Midland Lee High School and attended the University of Texas at Austin. He served in the US. Marine Corps Reserve from 1969 to1975. He began his career as a petroleum landman with T. C. Craighead & Co. After 8 ½ years, he started his own business, and in 1989, he incorporated with Gil Wallace as R. D. Williams & Company where he served as President for 18 years. He retired in 2008 and returned to his home state of Texas. He married Karen Sue Russell, nee Smithers April 8, 1978. He is survived by his wife, Karen; step-daughter Dana Hanlon and her husband Robert of Newnan, GA; step-son Randy Russell and his wife Heidi of Ardmore, OK; granddaughter Tracie Russell of Ardmore, OK; brother-in-law James Jaros of Glencoe, IL; nephews Brad and Kevin Jaros; brother-in-law Dale Smithers and his wife JoAnn of Ardmore, OK; nieces Melissa Jose and Tina Chance. Preceding him in death were his parents Meryl and Florence Williams; sister Sandy Jaros; and step-grandson Zackary Russell. At Ron’s request, there shall be no services, although family and friends are welcome for visitation at Griffin – Hillcrest Funeral Home in Ardmore from 4pm to 6pm on Wednesday, June 1, 2022. Memorials may be made to CASA of Southern Oklahoma at www.casasok.org.
To plant a beautiful memorial tree in memory of Ronald Williams, please visit our Tree Store

Look inside to read what others have shared
Family and friends are coming together online to create a special keepsake. Every memory left on the online obituary will be automatically included in this book.
View Tribute Book
Services for Ronald Williams
There are no events scheduled. You can still show your support by planting a tree in memory of Ronald Williams.
Plant a tree in memory of Ronald

Share Your Memory of
Ronald
Upload Your Memory View All Memories
Be the first to upload a memory!
Share A Memory
Plant a Tree