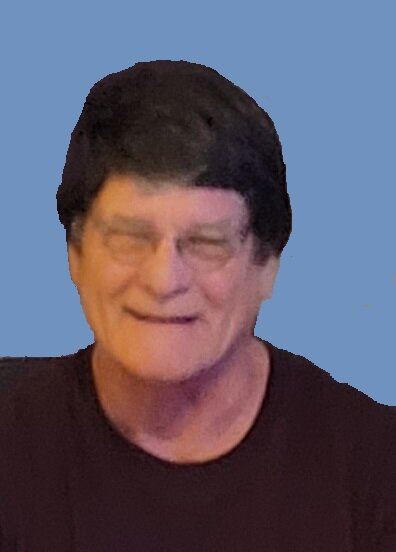 Please share a memory of Bobby to include in a keepsake book for family and friends.
View Tribute Book
Bobby Wayne “Wolfy” Wilson, Sr., age 74, passed away on Saturday, May 21, 2022, in Thackerville, Okla. Private services are planned. Cremation with care under the direction of Griffin ~ Hillcrest Funeral Home of Ardmore, Okla. Bob was born on January 12, 1948, in Ardmore, Okla., to Vasco Harland Wilson and Anna Belle (Odell) Wilson. He attended school and graduated from Plainview High School in Ardmore. Bob enlisted in the United States Army and served in Munich, Germany, where he met Christine M. Haaser. After his honorable discharge, the newlyweds moved to Oklahoma and lived in Thackerville. He took a job with Uniroyal in 1978 and retired in 2000 when the tire manufacturer in Ardmore was Michelin. Bob loved being outside and working with his hands. He was preceded in death by his parents, wife, Christine Wilson, two sisters: Carol Wilson and Kay Williams, and brother, William Wilson. Bob is survived by his sons: Bobby Wayne Wilson Jr. and Ricky James Wilson and wife, Joni; his grandchildren: Ethan, Emma, Brenton, Elyssa, and Lily, all of Thackerville; and two sisters: Sandy Daniel and Debbie Daugherty. Honorary pallbearers will be Don Emde, Archie Odell, Ronnie Clough, Kenny Claxton, Jerry Fox, and John Reagor. Condolences may be left at www.griffinhillcrest.com.
To plant a beautiful memorial tree in memory of Bobby Wilson, please visit our Tree Store

Look inside to read what others have shared
Family and friends are coming together online to create a special keepsake. Every memory left on the online obituary will be automatically included in this book.
View Tribute Book
Services for Bobby Wilson
There are no events scheduled. You can still show your support by planting a tree in memory of Bobby Wilson.
Plant a tree in memory of Bobby

Share Your Memory of
Bobby
Upload Your Memory View All Memories
Be the first to upload a memory!
Share A Memory
Plant a Tree