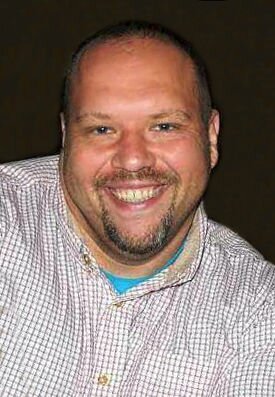 Please share a memory of Jason to include in a keepsake book for family and friends.
View Tribute Book
Jason Shane Carter, age 46, passed away on May 19, 2022, in Ardmore, Okla. Cremation with care under the direction of Griffin~Hillcrest Funeral Home. Jason was born on October 8, 1975, in Marietta Okla. to Chester Jr. and Yvonne (Hicks) Carter. He attended Gainesville High School and went onto attend culinary school in Dallas, TX., after graduating culinary school he worked as a cook in many Dallas restaurants. Jason then went to work for Stevens Transport in Dallas, TX., and they sent him to truck driving school. The following year he went to work for Feymiller Trucking Company in Oklahoma City, Okla., here he has worked since. He loved to cook for his family and friends and loved to read. Jason was devoted to his fur babies, Mercy and Buster, the two dogs road alongside of him in his truck everywhere he went. Just being out on the open road and traveling was his most favorite thing to do. He was preceded in death by his mother, grandparents on both sides, Aunt, Elaine Tharp and cousin, Jimmy Howard. Jason is survived by his parents, Chester Jr. and Sonia Carter, of Ardmore, Okla., brother, John Carter, sister, Dian Dehaven, both of North Carolina, brother, Eric Chandler, of Enid, Okla. and sister, Tasha Dewberry, of Jacksonville FL., nieces, Kortni, Kara, Kassie, and CaSandra, aunts, Brenda Carter of Tulsa, Okla. and Tonja Roberts of Ardmore, Okla., special friend, Melissa Adams and a host of family and friends.
To plant a beautiful memorial tree in memory of Jason Carter, please visit our Tree Store

Look inside to read what others have shared
Family and friends are coming together online to create a special keepsake. Every memory left on the online obituary will be automatically included in this book.
View Tribute Book
Services for Jason Carter
There are no events scheduled. You can still show your support by planting a tree in memory of Jason Carter.
Plant a tree in memory of Jason

Share Your Memory of
Jason
Upload Your Memory View All Memories
Be the first to upload a memory!
Share A Memory
Plant a Tree