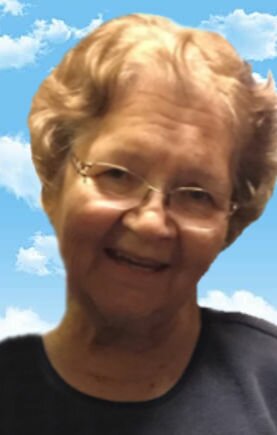 Please share a memory of Marion to include in a keepsake book for family and friends.
View Tribute Book
Marion Helen Posten, age 83, passed away on Sunday, May 8, 2022, in Ardmore, Okla. Cremation with care under the direction of Griffin~Hillcrest. Marion was born in Roswell, New Mexico, on November 5, 1938, to Debs Darrow Williams and Stella Mae (Davis) Williams. After her father passed, her mother moved the family to California. After her mother married Ben Ellis, the family moved to Riverbank, California. Marion was a graduate of Oakdale High School in the Class of 1956. She married Roy Lee Posten on December 15, 1956, in Riverbank, California. While married, she raised the couple’s children, worked as a homemaker and also worked seasonal jobs. In 1969, the couple moved their family to Lamar, Missouri, where Marion worked in the Metal Department of O’Sullivan Industries. She worked her way up to being an industrial engineer. After her youngest child graduated from high school in 1982, they moved to Effingham, Illinois. Marion worked as an industrial engineer for Stevens Industries. She retired from Stevens in 2001. The couple sold their home and traveled in their RV throughout the United States. In 2009, they moved to Ardmore, Okla., and lived with their daughter, Gail. Marion loved to paint and crochet. She loved to put pen to paper and wrote eight books. Her biggest joy was focusing on the family she had, and spending time with them. She was preceded in death by her parents, step-father, husband, Roy Posten, sons-in-law, Rick Fear and Rick Williams, and sisters Jeanie Williams, Joanne Woolf, and Betty Davis. Marion is survived by her three daughters, Gail Jean Posten of Ardmore, Carole Renee Williams, of Lawrence, Kansas, and Margaret Elaine Posten and her life-partner, Maureen Downey, of Ocean Springs, Mississippi; one son, Fredrick Ben Posten, of Neoga, Illinois; grandchildren: Morgan Posten, Clayton Posten, Allison Posten, Emily Williams, Rachel Williams, Ellen Williams, Benjamin Roy Posten, and Carie Lyons; great-grandchildren: Riki, Myki, Tucker, and Lane; great-great-grandchildren: Landan, Luke, Jayce, Jerik, and Sunny; brother, Mark Williams and wife, Terry, of Port St. Lucie, Florida; sister, Donna Klink and husband, Larry, of Roswell, Georgia; and numerous nieces and nephews.
To plant a beautiful memorial tree in memory of Marion Posten, please visit our Tree Store

A Memorial Tree was planted for Marion
We are deeply sorry for your loss ~ the staff at Griffin Funeral Home
Join in honoring their life - plant a memorial tree
Services for Marion Posten
There are no events scheduled. You can still show your support by planting a tree in memory of Marion Posten.
Plant a tree in memory of Marion
Print
Online Memory & Photo Sharing Event
Online Event
About this Event

Look inside to read what others have shared
Family and friends are coming together online to create a special keepsake. Every memory left on the online obituary will be automatically included in this book.
View Tribute Book
Share A Memory
Plant a Tree