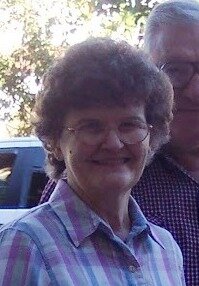 Please share a memory of Linda to include in a keepsake book for family and friends.
View Tribute Book
Linda Frances (Barton) Utt, age 76, passed away on Saturday, April 16, 2022, at Ardmore, Okla. Funeral Services will be held at 10:30 am, Friday, April 22, 2022, in The Chapel at Griffin-Hillcrest with Pastor Larry E. Murray officiating. Interment to follow at Rose Hill Cemetery of Ardmore. Linda was born in Ardmore, Okla., on November 28, 1945, to Harry Clayton Barton and Frances (Erlewine) Barton. She attended and graduated from Wilson High School. Linda also attended the University of Oklahoma, where she majored in Physical Therapy and graduated with a Bachelor’s Degree in Health Sciences. She returned to Ardmore and began working for Physical Therapy and Ardmore Rehabilitation. Linda married Otto Utt Jr., on June 30, 1967. Their marriage lasted for 47 years with a love that will continue through eternity. She loved animals. She and her brother would minister at the Veterans’ Center and she was a member of House of Prayer. She was preceded in death by her parents, husband, daughters, Elonna Utt and Heather Utt Huey, and sister, Alice Taylor. Linda is survived by her son Joshua Utt, grandchildren: Zeke Utt, Ivy Utt, Misti Minyard, and Trey Minyard. Brothers, Kenny Barton and wife, Cindy, and Bill Barton and wife, Nettie. Those wishing to make donations may send them in her name to the House of Prayer at 2116 Harris St NW, Ardmore, OK 73401.
To send flowers to the family or plant a tree in memory of Linda (Barton) Utt, please visit Tribute Store
Friday
22
April