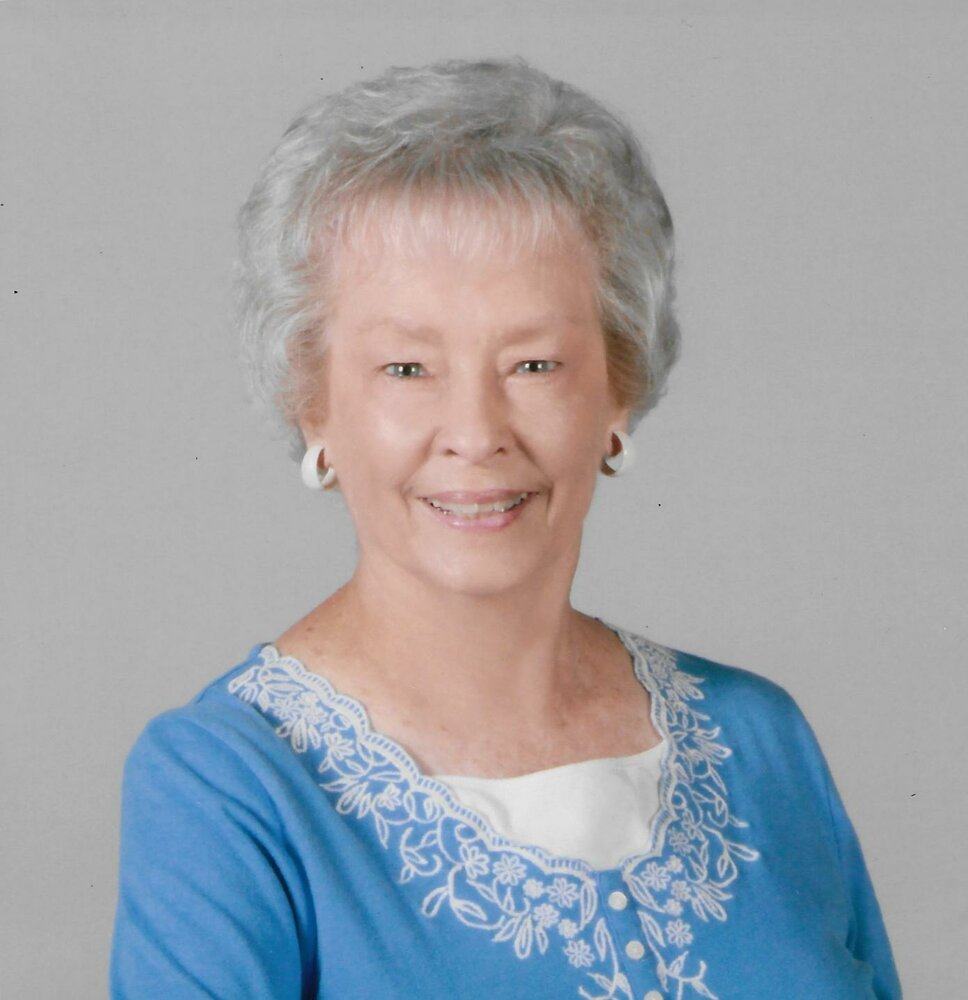 Please share a memory of Anita to include in a keepsake book for family and friends.
View Tribute Book
Anita Sue Mitchell, age 88, passed away on Friday, April 8, 2022, in Denton, Texas. Funeral Services will be held at 2:00pm, Thursday, April 14, 2022 at Mary Niblack Baptist Church with Pastor Robert Wilson and Pastor Derek Crawford officiating. Interment to follow in Hillcrest Memorial Park, Ardmore, Okla. Anita was born on April 5, 1934, to James H. White and Goldie (Taylor) White, in Ardmore, Okla. She attended Ardmore and Dickson Schools, where she graduated from Dickson in 1952 as salutatorian of her class. While at Dickson High School, Anita dated Bobby L. Mitchell for three years. They were married on November 25, 1952, at Springdale Baptist Church in Ardmore, where both were members. Three Daughters were born of this marriage, Linda, Janice and Cindy. Immediately after high school, Anita worked as a secretary for Continental Oil Well Supply. Then for over 16 years she was a legal secretary working for Louis Fischl and also a short time for George Otey, Sr. Then in 1971, she went to work for The Uniroyal Tire Plant in Ardmore as a secretary in Industrial Engineering. Most of Anita’s time at Uniroyal was spent in the Human Resources Department at various management positions. She and Bob both retired from Uniroyal/Michelin Tire in 1991. After retirement, Bob and Anita traveled in their RV for several years and also loved to fish together. Anita was an avid reader and liked to play cards and dominos. She was preceded in death by her parents, and daughter, Janice Vaughn. Anita is survived by her husband, Bobby Mitchell of the home, two daughters, Linda Adams and Cindy Mitchell, granddaughters, Amy Royal, and Taylor Bean and husband Nick, all of Ardmore, Okla., four great-grandchildren and two great-great grandchildren, brother, Donald R. White and wife Hope, of Oklahoma City, numerous nieces and nephews and a host of family and friends. Pallbearers will be; Nick Bean, Garrett Royal, Wayne Vaughn, Darrell Vaughn, Paul White, and Joe David McReynolds. Visitation will be held from 6:00pm until 7:00pm, Wednesday, April 13, 2022 at Griffin~ Hillcrest Funeral Home.
To send flowers to the family or plant a tree in memory of Anita Mitchell, please visit Tribute Store
Wednesday
13
April