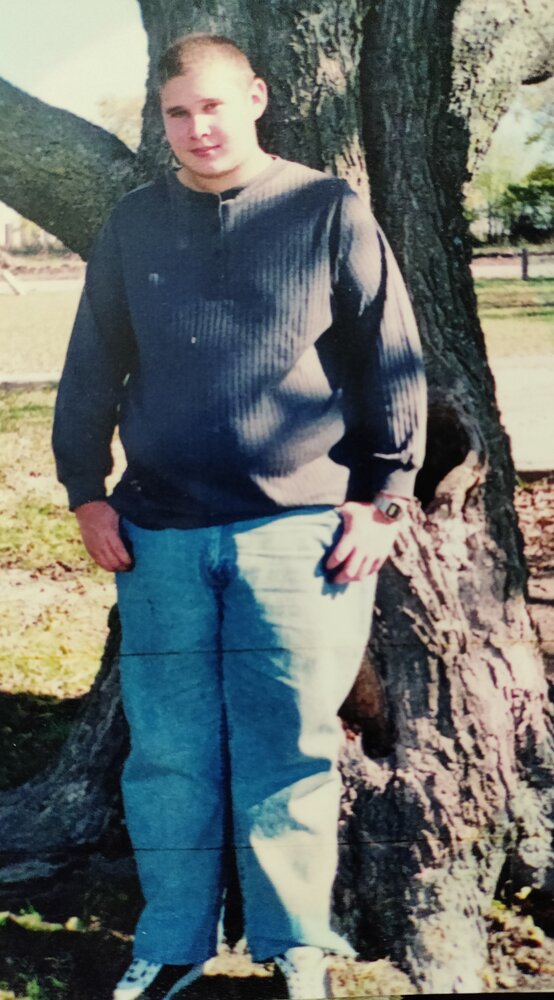 Please share a memory of Aaron to include in a keepsake book for family and friends.
View Tribute Book
Aaron Copeland, age 40, passed away on Sunday, March 20, 2022, at his home in Ardmore, Okla. Memorial services, under the direction of his family, will be held at 3:00 pm, Saturday, April 2, 2022, at the Ardmore Indian Baptist Church, Ardmore, Okla., with The Rev. Steve Wall officiating. Cremation under the care of Griffin ~ Hillcrest Funeral Home, Ardmore, Okla. Aaron was born on July 27, 1981, to Tony Marshall and Tina Copeland at Ft. Worth, Texas. He was raised by Charles Grant Daily and his mother, Tina, after their marriage. He attended school in River Oaks, Texas, and graduated from Castleberry High School, Class of 2000. Aaron moved to Ardmore, Okla., in 2006 and started working for Lowe’s. In 2016, he began working for Sonic and, in 2017, Aaron met the love of his life, Miss Jessica Lynn Taylor. When Wendy’s opened, he went to work there in November 2019 until July of 2021. He loved to relax and listen to his music. He was a big movie fan and his friends would call him the “Movie Man”. Aaron and Jessica married on October 23, 2021, at Ardmore Indian Baptist Church of Ardmore, Okla. He was preceded in death by his parents, Charles Daily and Tina Copeland Daily. Aaron is survived by his wife, Jessica Copeland, of the home, three brothers: Roy Lee Daily and wife, Jennifer, and Charles Grant Daily Jr., all of Robinson, Texas, and Benjamin Grant Daily and wife, Lydia, of Fort Worth, Texas, his grandmother, Mary Heckathorn, and aunt, Lisa Barber, both of Marietta, Okla. Numerous nieces, nephews, and a host of family and friends.
To send flowers to the family or plant a tree in memory of Aaron Copeland, please visit Tribute Store
Print
Saturday
2
April