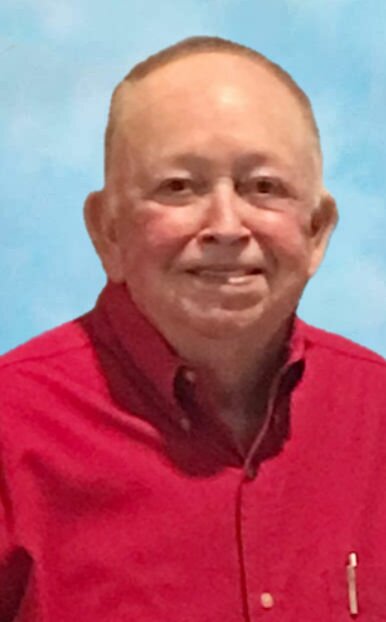 Please share a memory of John to include in a keepsake book for family and friends.
View Tribute Book
John Louis Foster, age 85, passed away on March 15, 2022, in Allen, Texas. Funeral services will be held at 2:00 pm, Monday, March 21, 2022, in The Chapel at Griffin~Hillcrest Funeral Home with Rev. Mack McCarthick officiating. Interment to follow in Hillcrest Memorial Park of Ardmore, Okla. John was born on July 20, 1936, to Dewey Norman and Julia May (Colbert) Foster, in Ardmore, Okla. John was a jack of all trades. As a young man, he and his brother, Stanley, liked to clown at rodeos. He worked at the ambulance station in Ardmore in the 60’s. He married Janene Gale Gray on January 16, 1981 in Gainesville, Texas. John had various jobs over the years. He was a shoe salesman at Daubes Department Store and a teller at First National Bank of Ardmore. He drove a truck for Bacon Transport and then worked for the Chickasaw Nation. He then went to work for Carter County district 1, where he retired and moved to Allen, TX. He also ended up working at Home Depot and from where he retired. John loved doing volunteer work, maintaining 250 acres of land for Susan and Dot Neustadt. He was an active member of Cottonwood Baptist Church in Allen, TX. He loved his family, church family, cooking, and watching bull riding and westerns. A job well done my good and faithful servant. He was preceded in death by his parents, and three brothers: Dean, Harry, and Stanley Foster. John is survived by his wife, Janene Gale Foster, of Allen, TX, daughter, Lorie Hays, and husband, Herb, of Allen, TX, son, Howard "Huck" Foster, and wife, Keri, of Pauls Valley, Okla., six grandchildren: Sarah Hays, Jennifer Hays, Brittany Foster, Regina McCarty, Lilly Grace Monroe Rodgers, and Elisabeth Skylet Rodgers, eleven great-grandchildren, brother, Charlie Foster, and many nieces and nephews whom he loved so much. Those serving as pallbearers will be Isaac Updegraff, Jacob Updegraff, Brandon White, Steve Warren, Todd Warren, and Dusty King. Honorary bearers will be Gary Allen King and Garrett Fritz.
To send flowers to the family or plant a tree in memory of John Foster, please visit Tribute Store
Print
Monday
21
March