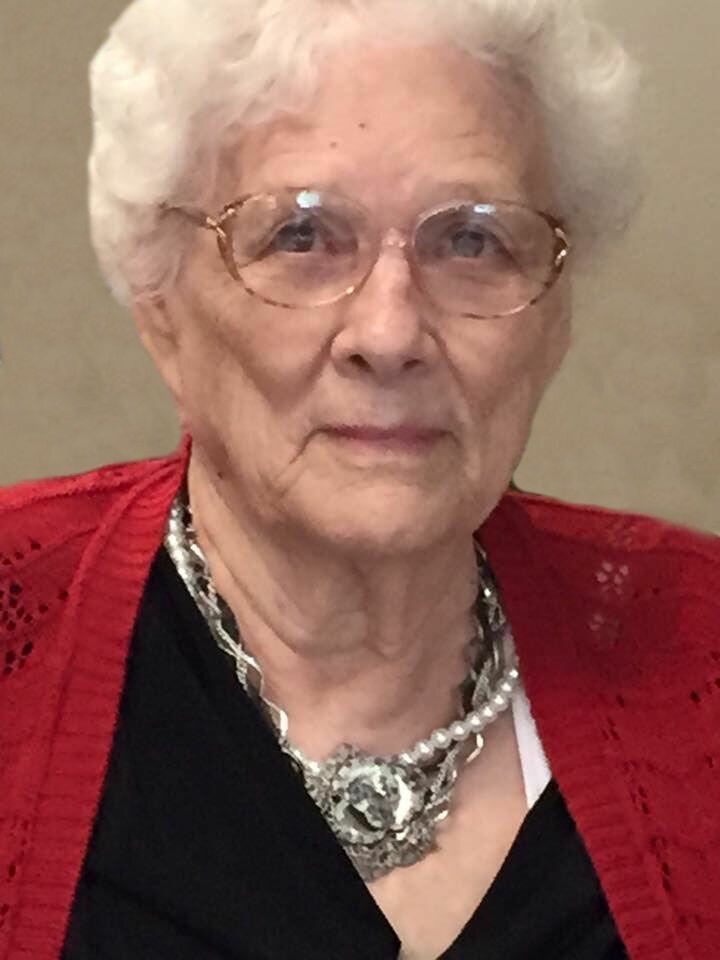 Please share a memory of Hazel to include in a keepsake book for family and friends.
View Tribute Book
Hazel Joyce (Faught) Summerville, age 90, passed away on March 17, 2022, in Ardmore, Okla. Funeral services will be 2:00 PM, Tuesday, March 22, 2022, in The Chapel at Griffin~Hillcrest with Pastor Leroy Holman officiating. Interment to follow in Hillcrest Memorial Park. Hazel was born at Big Springs, Texas on September 26, 1931, to William Daniel Faught and Ivy (Watterson) Faught. Her family were migrating farm workers and followed work. She married Doil Summerville on January 20, 1951 at McCaulley, Texas. She sold shoes for various department stores. The couple lived all over Texas and after leaving Dalhart, TX., they moved to Lone Grove, Okla. in 1995 and made it their home. Hazel was an active member of Maranatha Freewill Baptist Church. She would spend time in the church volunteering with “Loaves and fishes” and was part of the lady’s group that fixed meals for families that lost a loved one. Her hobbies included gardening and quilting. She was preceded in death by her parents, husband, Doil Summerville, daughters, Patty Jo Snow and Donna Weber, six brothers and one sister. Hazel is survived by her daughters, Debra Bender and husband, Bill, of Hoyt, OK, Kathy Worley, of Ardmore, and Pam Lemley and husband, Tommy, of Burnryville, son, Ronnie Summerville, of Lone Grove, Okla., sixteen grandchildren, 27 great-grandchildren, two great-great-grandchildren, and one sister, Lora Battles and husband, Jim, of Lebanon, Okla. Casket bearers will be Spencer Clark, Jesse Weaver, Dustin Wells, Anthony Snow, Dave Weaver, and Mike Worley. Honorary bearers will be Kyle Summerville, Patrick Clark, Roger Worley, Ben Weber, and Kevin Eckels.
To send flowers to the family or plant a tree in memory of Hazel (Faught) Summerville, please visit Tribute Store
Tuesday
22
March