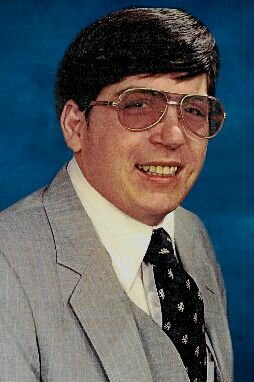 Please share a memory of Sharol to include in a keepsake book for family and friends.
View Tribute Book
Lindall Sharol Buck, age 61, passed away on Saturday, March 12, 2022, from injuries sustained in an accidental fall at his home in Lone Grove, Okla. A graveside service will be held at 10:00 am, Tuesday, March 15, 2022, at Hillcrest Memorial Park, under the direction of Griffin~Hillcrest Funeral Home of Ardmore, Okla. He would be honored if you simply paused a moment for a thought or prayer for him or a loved-one you have lost. Lindall, known by his family as Sharol, was born on November 26, 1960, at Ardmore, Okla. He lived in Ardmore most of his life, attended Plainview schools from the first through eleventh grades, and ultimately graduated from Sherman High School. Lindall was a sweet man and generous to a fault. He had an infectious laugh and enjoyed joking around with family and friends. The injuries he suffered in a car wreck in 1968, changed the course of his life forever. He made the most out of his life, despite his diminished abilities. He was fiercely independent, but never minded asking for help when he needed it. He was preceded in death by his parents, Betty Majors and Elmer Buck. Lindall is survived by his brother, Mike, sister, Connie Caldwell and her husband, Bob, and brother, Danny Buck and his wife, Katie. He had many nieces, nephews, and cousins that he dearly loved. Lindall would not want anyone to look on this day with sadness. He would want you to be inspired by his faith in God, his accomplishments, and the impact he made on so many lives. The family would like to thank Esther Douthit for the loving care and assistance she provided for several years. In lieu of flowers, a donation to an organization that provides services for individuals with disabilities such as TEAMability in San Antonio, Texas or the Special Olympics would be appreciated.
To send flowers to the family or plant a tree in memory of Sharol Buck, please visit Tribute Store
Tuesday
15
March