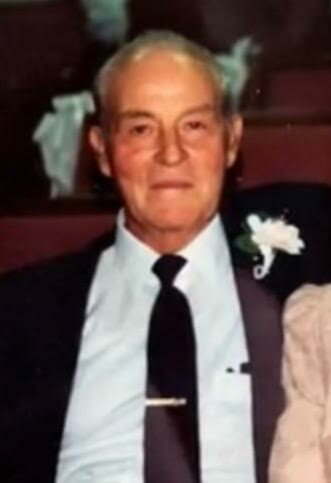 Please share a memory of Arman to include in a keepsake book for family and friends.
View Tribute Book
Arman J. Allen, 92, passed away on Saturday, March 5, 2022, at the family home in Lone Grove, Oklahoma. Funeral services will be held at 2:00 pm, Thursday, March 10, 2022, at Lone Grove Assembly of God, with Pastor Gary Gunsolus and Pastor Gary Dodson officiating. Interment to follow in Lone Grove Cemetery, Lone Grove, Okla. Funeral services under the direction of Griffin~Hillcrest of Ardmore, Okla. Arman was born on June 20, 1929, to A.J. Allen and Marie (Graves) Allen at Comanche, Oklahoma. He attended and graduated from Ryan High School, Ryan, Okla., in the Class of 1947. While in school, he worked for his family’s grocery store, and then he worked for the City of Ryan, Okla., as an electrician. He married Miss Mary M. “Eppie” Mitchell on June 8, 1949, at Henrietta, Texas. The couple had two children, Glen Allen and Crystal Allen. He worked for a time at Shell Oil Company for two years as an electrician. While working for others, he had his own company on the side, Allen Electric. Arman enlisted in the United States Marine Corps Reserves. After serving his country, he received an Honorable Discharge. He went to work for OG&E, where he working for seventeen years in Healdton, Okla., as a lineman, then was moved to Ardmore where he retired as the Lineman Supervisor. Prior to his retirement in 1987, he worked on the OG&E Disaster Team. The Team traveled throughout the United States helping communities after disaster struck. Mary “Eppie” passed away in July of 2002. Arman married Pearline (McGahan) Magee on August 30, 2003. He loved to work outside in the garden and, when he could, go deep sea fishing. He was preceded in death by his parents, first wife, Mary “Eppie” Allen, grandson, Broderick Stearns, and step-daughter, Teresa Wilson. Arman is survived by his wife, Pearline Allen, of the home. Son, Glen Allen and wife, Jackie, and daughter, Crystal Allen Stearns and husband, Phil, step-son, Larry Magee, and stepdaughters, Sherri Barbour and husband, Darren, and Julie Hoskins and husband, Jay. Grandchildren: Monica Allen Myers, and Tonya Allen, Step-grandchildren, Josh Barbour, Kelli Taul, Heather Hacker, Justin Wilson, Jayci Enerson, Brennan Hoskins, Braden Hoskins, and Britton “Rooster” Hoskins. Great-grandchildren, Danielle Myers Procuniar, Tayler Myers, and Mason Stearns, fourteen step-great-grandchildren. One Great-great granddaughter, Elwynn Procuniar. Sister, Norma Dean Allen. Serving as pallbearers will be Creed, Eric, Errol, Steve, Jim, and Ty Taliaferro. Visitation will be held on Wednesday evening, March 9, 2022, from 6:00 pm until 8:00 pm, at Griffin~Hillcrest Funeral Home of Ardmore, Okla. Condolences may be left at www.griffinhillcrest.com.
To send flowers to the family or plant a tree in memory of Arman Allen, please visit Tribute Store
Wednesday
9
March

Share Your Memory of
Arman
Upload Your Memory View All Memories
Be the first to upload a memory!
Share A Memory
Send Flowers
Plant a Tree