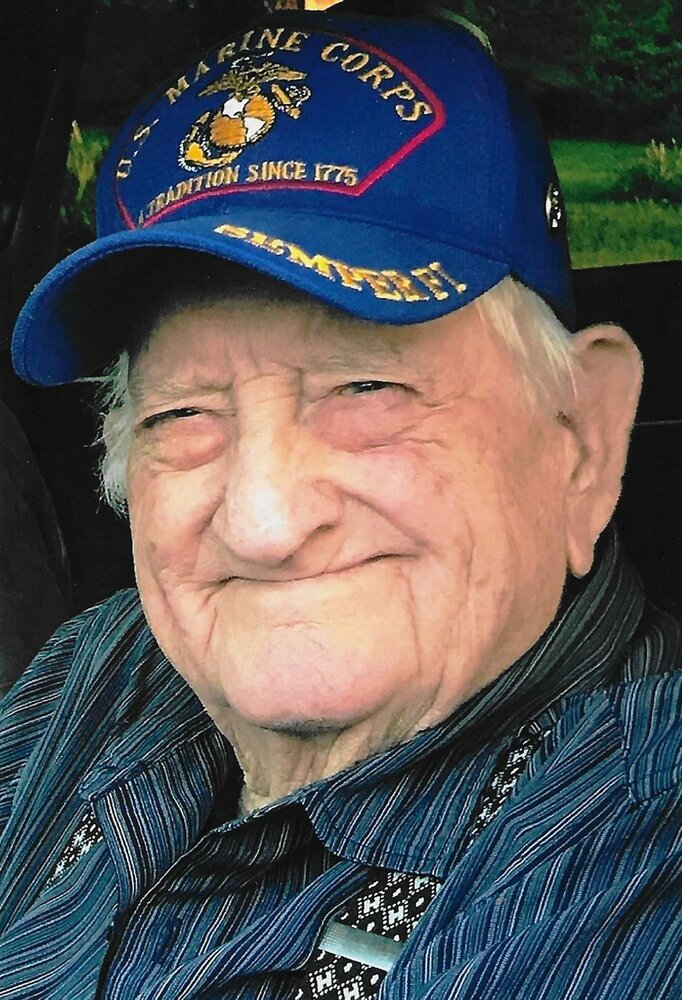 Please share a memory of Lewis to include in a keepsake book for family and friends.
View Tribute Book
Lewis W. Thompson, age 92, passed away on Monday, February 14, 2022, in Ardmore, Okla. Funeral services will be held at 10:30 am, Monday, February, 21, 2022, in The Chapel at Griffin~Hillcrest. Interment to follow in Wilson Creek Cemetery. Lewis was born on March 13, 1929, to Cecil Monroe Thompson and Flake Edith (Hensley) Thompson, in Krum, TX. He enlisted in the United States Marine Corp, serving his country and receiving his honorable discharge in 1949. He married Pearl Evelyn Ford on February 23, 1948, in Sherman, Texas. Lewis was a bus driver for L.A. Transit retiring in 1987. The couple then moved to Ardmore where he worked for Plainview and Dickson Schools as a bus driver. He loved to play games; dominos was his favorite, and working out in the yard. Lewis played softball up until his 60’s and in his leisure time he would follow sports on TV. He was devoted to his church and a member of First Baptist Church of Dickson and volunteered as the youth pastor. He was preceded in death by his parents, wife, Pearl Thompson of 61 years, son, Terry Thompson, daughter, Linda Ludwig, one brother and two sisters. Lewis is survived by two daughters, Joan Brewer, of Ardmore, and Brenda Williams, of Covina, CA, and two sons, Jerry Wayne Thompson of Ardmore, Okla., and John Thompson, twelve grandchildren, twenty-seven great-grandchildren, one great-great-granddaughter, sister, Edith Miller of CA. and numerous nieces, nephews and a host of family and friends. Those serving as pallbearers will be Shane Ludwig, DJ Williams, Mark Williams, Dustin Atnip, Ryan Tilley and Jared Thompson. A visitation will be held from 6:00pm until 8:00pm, Sunday, February 20, 2022 at Griffin ~ Hillcrest Funeral Home.
To send flowers to the family or plant a tree in memory of Lewis Thompson, please visit Tribute Store
Print
Sunday
20
February