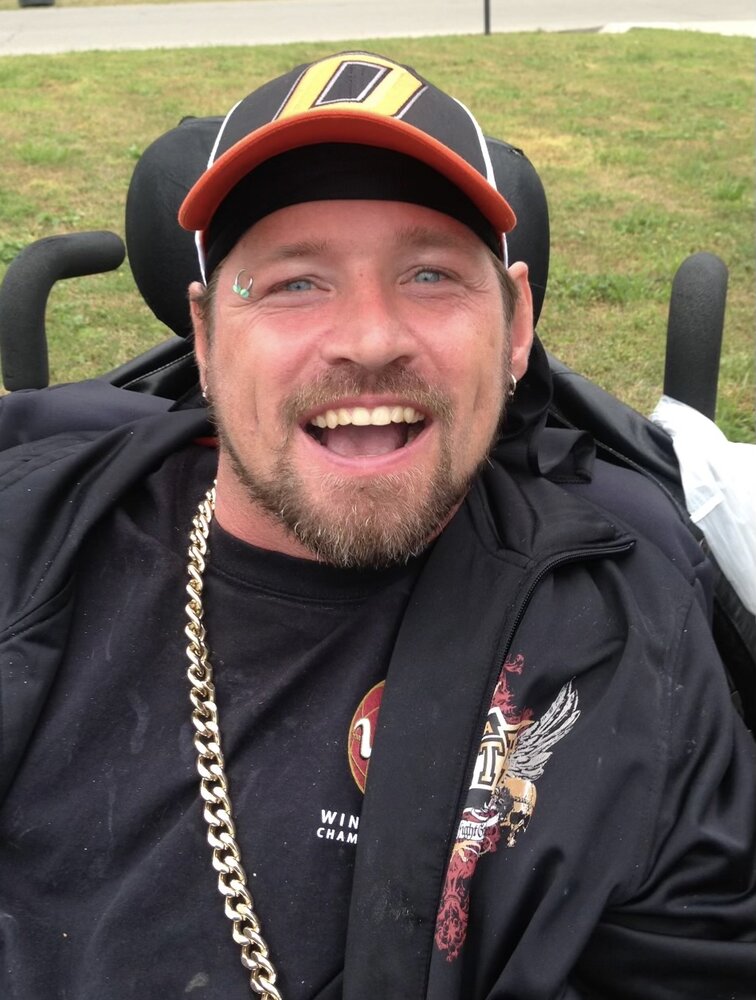 Please share a memory of Galen to include in a keepsake book for family and friends.
View Tribute Book
Galen Beau Powell, age 42, passed away on February 8, 2022, in Ardmore, Okla. Memorial services will be held at 2:00pm, Saturday, February 12, 2022, in the Chapel with Pastor Ronda Howard officiating. Cremation with care under the direction of Griffin~Hillcrest. Galen was born in Ardmore, Okla., on February 19, 1979, to his mother, Judy Simpler. He attended and graduated from Fox Schools in 2000. He worked for the BIG 5 Rerun Junction. Galen loved to go fishing anytime he could. He would spend hours watching wrestling and playing video games with his best friend, Matt McCarty. He was preceded in death by his grandparents, Troy Powell and Elaine (Hennessy) Powell, and uncle, Jimmy Powell. His mother from his second family, Anita Manning Galen is survived by his mother, Judy Simpler, aunts; Denise Trivitt of Marietta, Okla., and Therese Hennessy of Gene Autry, Okla., and uncle, Mike Powell, of Ardmore, Okla. Cousins; Jennifer Hicks and husband, Allen of Marietta, Okla., Keith Hennessy, of Gene Autry, Okla., Jessie Idleman and husband, Doyle of Wilson, Okla., Jimmy Lee Powell and wife, Jayna, of Ardmore, Okla., Ray Powell and wife Amanda, of Ardmore, Jamie Trivitt of Marietta, and Ashley Broderson and husband Garrett, of Ardmore. He was also blessed to have a second family; brother, Ricky Manning and sister, Christy Manning, all of Pauls Valley, Okla., best friend, Matt McCarty, and special friends; Junior and Cheryl Andrews, all of Ardmore, and a host of family and friends. A visitation will be held on Friday, February 11, 2022, from 6:00pm until 8:00pm at Griffin ~ Hillcrest Funeral Home.
To send flowers to the family or plant a tree in memory of Galen Powell, please visit Tribute Store
Print
Friday
11
February