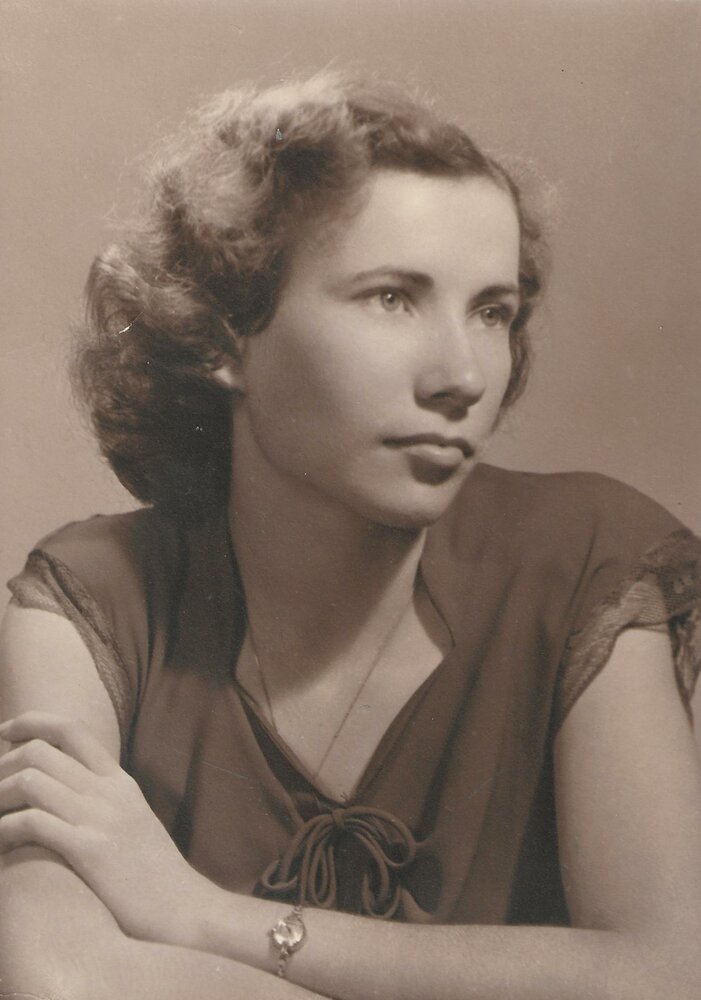 Please share a memory of Zelda to include in a keepsake book for family and friends.
View Tribute Book
Zelda Doris (Brewer) Allen, age 93, passed away on January 12, 2022, in Ardmore, Okla., with her daughters by her side. Funeral services will be held at 2:00 PM, Friday, January 14, 2022 in The Chapel at Griffin-Hillcrest with Pastor Donny Custar officiating. Doris was born on July 25, 1928, to James K. Polk Brewer and Clara Belle (Charles) Brewer in Springer, Okla. She attended school at Springer, Okla. and graduated from Springer High School in May of 1946. She married William Howard “Bill” Allen on May 4, 1947, at Lone Grove, Okla. They had two daughters, Linda and Beth. She was a member of the Dickson Baptist Church and the Dickson Home Extension Club for many years. She received many blue ribbons at the Carter County Fairs for canned foods. She was preceded in death by her parents, husband, William Allen, two brothers and two sisters. She is survived by her sister, Neta Gibson, of Ardmore, Okla.; daughters, Linda Crane and husband, Phil, of Ardmore, Okla. and Beth Murillo of Paris, Texas; one granddaughter, Michelle Ball and husband, Josh, of Burleson, TX.; two grandsons, Nick Murillo and wife, Becca, and Tony Murillo, both of Paris, TX.; four great-grandchildren, Brooklyn, Addilyn, William and Jac.
To send flowers to the family or plant a tree in memory of Zelda Allen, please visit Tribute Store
Friday
14
January

Share Your Memory of
Zelda
Upload Your Memory View All Memories
Be the first to upload a memory!
Share A Memory
Send Flowers
Plant a Tree