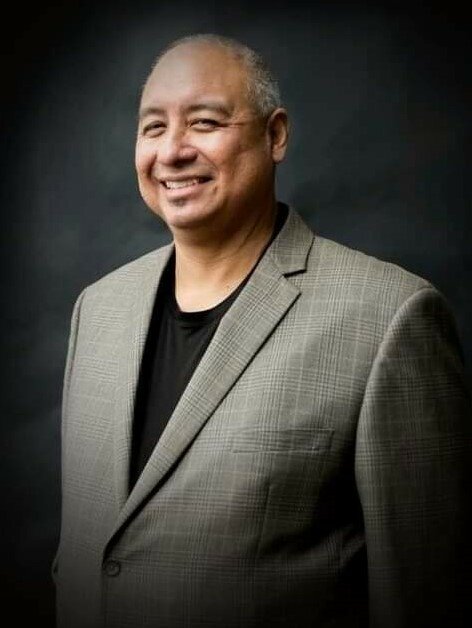 Please share a memory of Eric to include in a keepsake book for family and friends.
View Tribute Book
Eric Nelson McMillan, age 56, passed away on December 31, 2021, in Flowood, Mississippi. Funeral services will be 10:00 am, Friday, January 7, 2022, in The Chapel at Griffin ~ Hillcrest Funeral Home with Pastor Artie Farve and The Reverend Steve Wall officiating. Interment to follow in Hickory Cemetery. Eric was born in Dallas, Texas on February 1, 1965 to Theodore Nelson McMillan and Rubye J. (Farve) McMillan. He attended and graduated from Plainview High School. Eric went to Southwestern Indian Polytech and graduated as Chef in 1985. He went on to attend Southeastern Oklahoma State University in 1987. He then went to school for Law Enforcement in 1993. Eric was a police officer in Ardmore, Okla. from May of 1993 until October of 1998. He then went to work for the Pauls Valley Police Department from December of 1998 until December of 2000. He was a bus operator for Metro Transit in Oklahoma City in 2002 until 2005 and then became a code enforcement officer. During all his time he was an entrepreneur. Eric was a lover of Animals and owned and operated Noah’s Arc and Kennel in OKC and had many hobbies including singing, acting, and comedian, known as “Puffy Turtle”, always the entertainer. Eric was an artist with his sewing and created many pillows, cushions, and freshies, even after he was ill. He was proud of his heritage and ran for Chief of the Mississippi Band of Choctaws in 2019. He had a giving heart and assisted with Hurricane clean up and roof repair in Louisiana and Mississippi. He was preceded in death by his father, Theodore Nelson McMillan, uncle, Emil J. Farve, Jr., uncle Jerome D. Cumberland, maternal grandfather, Emil J. Farve, Sr., and grandmother, Leona (Brown) Farve, paternal grandfather, D.H. Cumberland and grandmother, Mallie (Willis) Cumberland. Eric is survived by his mother, Rubye J. McMillan, daughter, Erica Cunningham and husband, Dane of Durant Okla, son, Zachery Shane McMillan, of Houston TX, and Tyler Blake McMillan of Oklahoma City, Okla. Two grandchildren; Alex Cunningham and Nashoba Cunningham, one brother, Bryan K. McMillan of Ardmore, Okla. and twin sisters, Regina McMillan of Ardmore, Okla., and Katrina Munoz and husband, Eddie, of Ardmore, Okla. and a host of family and friends. Casket bearers will be; T.J. Alexander, Ryan Alexander, Bryan McMillan II, Anthony Alexander, Charles Farve, and Patrick James. Honorary casket bearers will be; Maegan McMillan, Alicia Alexander, and Allysyn Hubbard. Visitation will be held from 6:00 pm until 8:00 pm, Thursday, January 6, 2022 at Griffin ~ Hillcrest. Condolences may be left at www.griffinhillcrest.com.
To send flowers to the family or plant a tree in memory of Eric McMillan, please visit Tribute Store
Thursday
6
January

Share Your Memory of
Eric
Upload Your Memory View All Memories
Be the first to upload a memory!
Share A Memory
Send Flowers
Plant a Tree