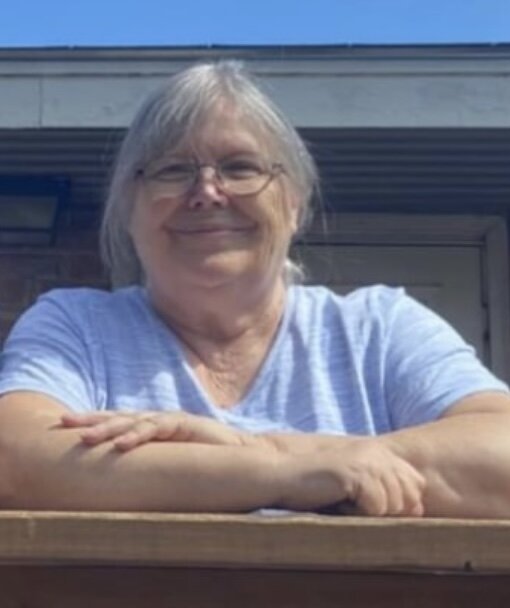 Please share a memory of Johnie to include in a keepsake book for family and friends.
View Tribute Book
Johnie Ruth Wallace, age 72, won her battle with cancer on December 26, 2021, in Ardmore, Okla. and went home to heaven. Funeral services will be held at 10:30 AM, Thursday, December 30, 2021 in The Chapel at Griffin~ Hillcrest Funeral Home with interment to follow in Rose Hill Cemetery. Johnie was born on October 3, 1949, in Atoka, Okla. to John and Lorene (Boone) Boone. She attended Atoka and Ardmore Schools and later took college classes. Johnie married Joe Wallace on November 24, 1973 in Marietta, Okla. She followed Joe throughout his military career until his retirement in Altus, Oklahoma. They then moved to Ardmore when Joe was hired at the Ardmore Postal Service. Johnie was a homemaker and loved her job as Mom and Grandma, spending time with her family and gardening. She was devoted to her genealogy and would spend hours in research. She was preceded in death by her parents, sisters, Annie Boone and Mary Collazo and great-grandson, Jax Stewart. Johnie is survived by her husband, Joe Wallace of 48 years of marriage, children; Stacey Wallace and wife, April, Kristie Wallace-Mozingo and husband, Nick and Aaron Wallace and wife, Mary. Ten grandchildren: Zachary, Shea, Samantha, Keithan, Rayleigh, Stacey Jr., Lindsey, Tyler, Tabitha and Jayden, ten great-grandchildren, sisters: Betty Willis, Edna Cook-Holms, and Jewel Evans and a host of family and friends. A visitation will be held from 6:00 pm until 8:00 pm, Wednesday, December 29, 2021 at Griffin ~ Hillcrest Funeral Home.
To send flowers to the family or plant a tree in memory of Johnie Wallace, please visit Tribute Store
Print
Wednesday
29
December