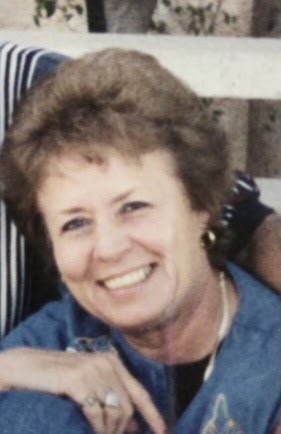 Please share a memory of Dorothy to include in a keepsake book for family and friends.
View Tribute Book
Dorothy Ruth Ann (Still) Crumb, Age 81, passed away on October 28, 2021, in Ardmore, OK. Memorial services will be held at 11:00 AM, Friday, November 12, 2021, in The Chapel at Griffin~Hillcrest with Pastor Joey Lansdale officiating. Ruth was born on September 29, 1940 in Calipatria, CA to Roy Still and Dorothy (Prentice) Still. She met Clint Alsup in San Diego where Clint was in the Navy. Ruth moved to Oklahoma with Clint and they were married a short time later. The two made their home in Clint's hometown of Terral, OK, where they were farmers, ranchers, and truck drivers by trade. They had three children, Little Clint, Carin, and Melissa (Missy). Ruth later obtained her nursing degree as an LPN from Midwestern State University in 1971. She was employed for many years at Waurika Hospital. Later working in the office of Dr. Stout, before going to work at Nocona General Hospital. She also worked part time at the Ryan Nursing Home. In 1992, she relocated to Tishomingo, OK., and was employed by Johnston County Memorial Hospital where she later retired. This is also where she met the love of her life, Jim Crumb. During her life, Ruth became a jack of all trades. Moving to Oklahoma from Southern California was nothing short of a culture shock. Ruth quickly learned her way around the kitchen. She loved to cook for her family. Farm life became her way of life, building fence, driving tractors, feeding cattle, chopping ice, picking melons, nothing was off limits. Ruth was a tough and independent woman who loved her kids and grandkids more than life itself. She would go to the ends of the earth for those she loved. She and Jim followed part of her family to Ardmore where she loved to spend her days in the flower beds and growing beautiful flowers. She had a green thumb when it came to growing anything. She loved the Lord and talked about him to her kids and grand kids often. She and Jim loved to spend time with friends and family, while Jim continued to work part time. Ruth was the matriarch of the family. She passed away with her family at her bedside. Every time she said goodbye, she made sure you knew that she loved you by telling you three times. Granny, we want to say, "We Love You, We Love you, We Love You"! She was preceded in death by her husband Jim Crumb, her parents Roy Still and Dorothy Still, two sisters Juanita and Betty and a granddaughter, Sherry. Ruth is survived by one brother, Jack Still of Holtville, CA, one son, Clinton Alsup of Terral, OK., two Daughters, Carin Reynolds of Henrietta, TX, Melissa Woolly, and husband Brice of Ardmore, OK. Grand-children; Quinn Alsup and wife Cara of Choctaw, OK, Lisa Atchison and husband James of Lawton, OK, Joshua Burkhalter of Lawton, OK, Alexus Bird and Jarred of Oklahoma City, OK, Aftyn Woolly Ardmore, OK and Arli Woolly of Ardmore, OK. Great-Grandchildren; Gage, Brinley, Baylor, Kimberly, Luke, Axle, and Bo. In Lieu of flowers, please consider contributing to the memorial service in care of Griffin~Hillcrest Funeral Home, P.O. Box, 2475, Ardmore, OK 7301.
To send flowers to the family or plant a tree in memory of Dorothy Crumb, please visit Tribute Store
Print
Friday
12
November