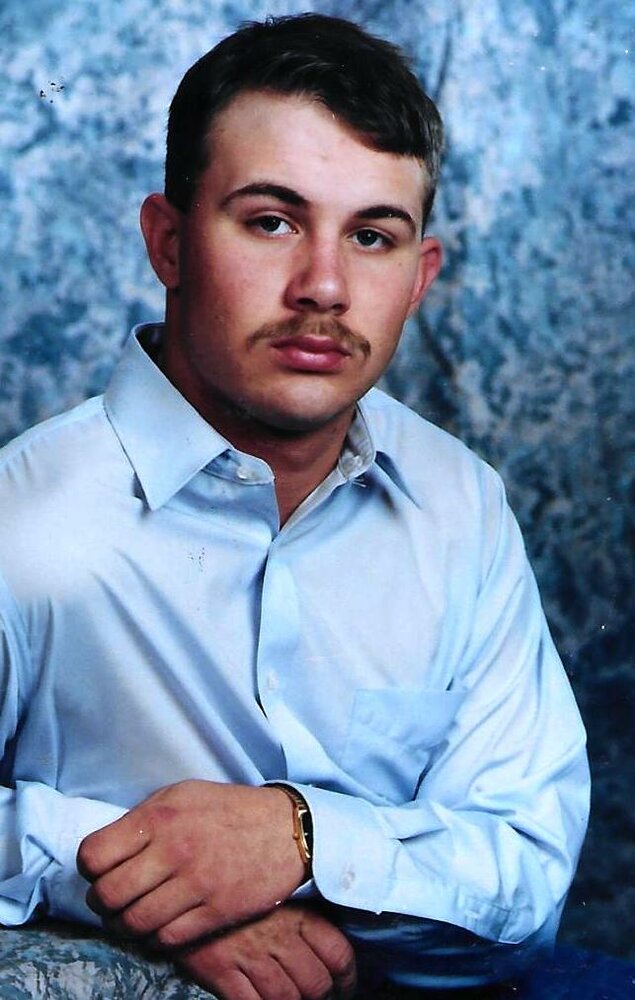 Please share a memory of Kelvin to include in a keepsake book for family and friends.
View Tribute Book
Kelvin Wayne “Hammer” Cox, age 46, passed away August 29, 2021 in Ardmore, Okla. Memorial services will be held at 2:00pm, Saturday, October 9, 2021 at the Provence Assembly of God Church of Ardmore, Okla. under the direction of the family. Cremation under the direction of Griffin~Hillcrest. Kelvin was born on December 23, 1974, in Ardmore, Okla. to David Cox and Debbie (Roberts) Behrens. He attended Ardmore Schools and later graduated from Mill Creek Schools in 1992. He worked on Daube’s Ranch from an early age until his twenties working as a ranch hand. He went to work for Bourham Fields Rock Plant and then went into the oilfields. Kelvin loved building things, working on motorcycles, and was an artistic welder. He enjoyed spending his time indulging. He was preceded in death by his grandparents, Perry and Allie Cox, Nelson Bond and Troy Roberts. Kelvin is survived by his wife, Kimberly Dawn Cox, of Madill, Okla. four children, Keegun Laymance, Jadley Cox, Jaden Cox, and Makenzee Cox, all of Ardmore, Okla., mother, Debbie Behrens and husband, Buddy of Mannsville, Okla., and father, David Cox, grandmother, Dixie Bond of Mannsville, Okla., and a host of aunts, uncles, cousins, family and friends. Condolences may be left at www.griffinhillcrest.com.
To send flowers to the family or plant a tree in memory of Kelvin Cox, please visit Tribute Store
Saturday
9
October

Share Your Memory of
Kelvin
Upload Your Memory View All Memories
Be the first to upload a memory!
Share A Memory
Send Flowers
Plant a Tree