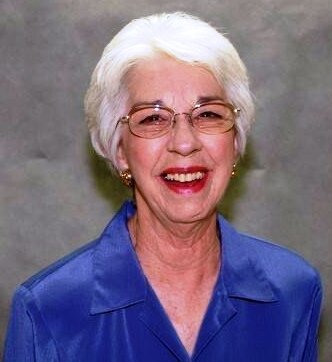 Please share a memory of Scerilda to include in a keepsake book for family and friends.
View Tribute Book
Scerilda (Sue) Geraldine Creecy, age 81, slipped away peacefully in the early hours of Wednesday, September 15, 2021. Graveside services will be held at 2:00 pm, Wednesday, September 29, 2021, at Hillcrest Memorial Park, Ardmore, Okla. with Cougan Collins of Lone Grove Church of Christ officiating. She was born on July 20, 1940, to the late Charles Birch and Beulah Delean (Harvey) Swearingen in Anadarko, Oklahoma and graduated from Lawton High School in 1958. She married the late Claud Getty Creecy in 1968, and they lived together in Ardmore, OK and Dallas, TX for nearly 40 years before his passing in 2007. Sue remained in Ardmore until her recent relocation to Tennessee last year, 2020 to be near family. Sue lived the majority of her adult life in Ardmore, OK where she attended the Central (now McLish Avenue) church of Christ where she was also their secretary for a number of years, later attending the Lone Grove church of Christ prior to her move to TN. She was proficient in short hand, typing and provided secretarial services for many organizations over the years before managing a series of motels and self-storage facilities. Later in life she worked for an agency providing home care for older adults in need of help, care and companionship until she could no longer work. She enjoyed singing, working puzzles, crafts, and raising the many dogs over the decades from a St. Bernard named Clarence, to Poodles named Brandy and Toby. Recently she enjoyed taking daily walks and the companionship of her sweet rescue corgi/chihuahua mix Nikki. Preceding her in death are both her only sister, Calista Ann and husband Tex. Sue is survived by two daughters, Tammy Gravelle and husband James of Cookeville, TN; Jan Barlow and partner Michael Lago of Warren, CT; and step-son Richard Creecy and wife Debbie of Ardmore. She is also survived by 5 grandchildren, Jennifer Cooper and husband James of Charleston, South Carolina; Joshua Gravelle and wife Whitney of Cookeville, TN; Timothy Creecy of Kansas City, Missouri; Mitchell Barlow and Morgan Bates of West Palm Beach, FL; and four great-grandchildren, Jaxon, Brooks, Charlee and Beckham (due December 2021). Visitation will be held on Tuesday evening, September 28, 2021 from 6:00 pm - 8:00 pm at the Griffin ~ Hillcrest Funeral Home of Ardmore. The family asks that those interested should make their donations in support of the Nashville Critter Calvary Rescue organization in support of their re-homing of Sue’s dog Nikki or to a local animal shelter of your choice. https://www.crittercavalry.com/support Condolences may be left on the tribute wall for Sue Creecy at: https://griffinhillcrest.com/tribute/details/654/Scerilda-Creecy/obituary.html#tribute-start We appreciate all the love and kindness shown to our family in this difficult time.
To send flowers to the family or plant a tree in memory of Scerilda Creecy, please visit Tribute Store
Tuesday
28
September