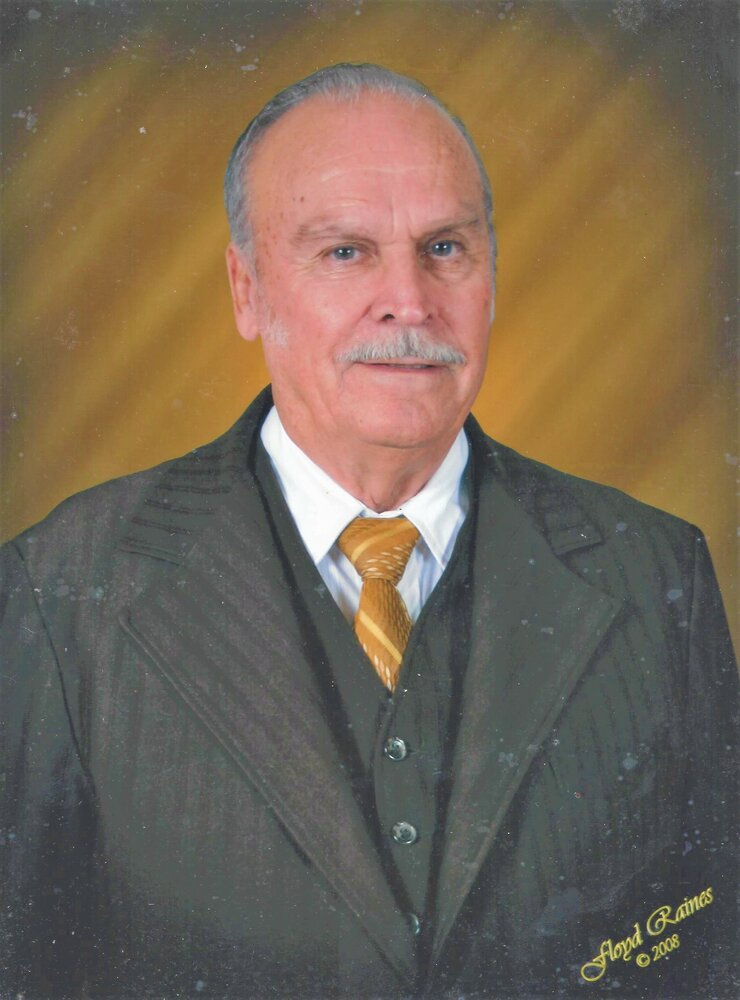 Please share a memory of William to include in a keepsake book for family and friends.
View Tribute Book
William Alfred "Al" Hughes, age 88, passed away on August 29, 2021, in Ardmore, Okla. Graveside Services will be held at 2:00 PM, Saturday, September 4, 2021, at Hillcrest Memorial Park with Pastor David Brantley officiating. Al was born on August 7, 1933, to Henry Jackson Hughes and Harriet Irene (Butler) Hughes. He enjoyed traveling all over the world for his job with high clearance. He was always known for his devotion to his family, always helping anyone he could from family to friends. He served his country in the Korean War serving as a MP. Al retired at The Shepherd Air Force Base as an instructor. During his career he kept two homes, one in Wichita Falls as well as his ranch in Ardmore and it connected to his family land where they raised cattle and was lovingly referred to as the Ponderosa. Over his door at his home it read “Al’s Paradise”. When he retired, he spent a lot of his time on The Hughes Surname DNA Project which he started in 2003. It has since grown from just a few members to more than 500. After finding his Indian heritage, Al was so proud of it he would refer to himself as “The Indian”. Due to Al’s heath he had to step down from the project. He was a member of Wichita Falls Scottish Rights and Mary Niblack Baptist Church. Al loved working his land which he kept immaculate and even took pride in the design of his home. He loved vintage cars and would enjoy showing them off by driving them in parades. He was preceded in death by his parents, and one brother, Henry Alva Hughes, Sr. Al is survived by his sister, Anita Irene (Hughes) Rutledge of Ardmore, niece, April DeAnn Taylor of Ardmore, nephews, Henry Alva Hughes, Jr., and Christopher Wesley Hughes both of Ft. Worth TX, great-niece, Britni Justin David, great-great niece, Ashlynn Paige David and great-great nephew, Matthew Cole David all of Fort Mitchell AL. Condolences may be left at www.griffinhillcrest.com.
To send flowers to the family or plant a tree in memory of William Hughes, please visit Tribute Store
Saturday
4
September

Share Your Memory of
William
Upload Your Memory View All Memories
Be the first to upload a memory!
Share A Memory
Send Flowers
Plant a Tree