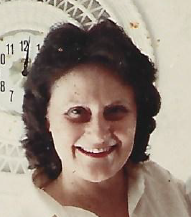 Please share a memory of Patricia to include in a keepsake book for family and friends.
View Tribute Book
Patricia Colleen Harrell passed away on Friday, July 23, 2021 at her home in Poteau, Okla., at the age of 87. She had been a resident of Ardmore for most of her life. As per her wishes, no services will be held. Burial will be in Hillcrest Memorial Park. Cremation will be handled by Griffin-Hillcrest Funeral Home. Colleen was born on October 17, 1933 to Earl and Emma (McGowan) Burton in Mannsville, Okla. She attended both Mannsville and Dickson Public Schools. She and Warren Harrell were married on December 24, 1949 at Dickson. They were married for 48 years until his death in 1998. She worked as an engineer for Southwestern Bell Telephone Company and AT&T until retiring after 30+ years. She was one of the first women to hold this position. After retirement she pursued a career as a true crime writer authoring numerous magazine articles and being featured in several books. Colleen was preceded in death by her husband, Warren Harrell; son-in-law, Zack Neal Tate; her parents, Earl and Emma (McGowan)Burton; three brothers, J.D., Burl, and John Burton; one sister, Lora(Burton) Bolin; two sisters-in-law, Mildred (Harrell) King and Wilma (Harrell) King; niece, Shirlene (King) Forman; nephews, Gary Burton, Bill Burton, and Larry King; She is survived by her daughter, Lynne Tate of Poteau; two granddaughters, Tara and Tricia Tate of Poteau; and four nieces, Ellene Pattillo of St. Louis, MO; Tawanna Watterson of Ardmore; Mary Bolin, Moore, Okla.; Emma Short, Las Vegas, NV. Condolences may be left at www.griffinhillcrest.com.
To plant a beautiful memorial tree in memory of Patricia Harrell, please visit our Tree Store

Look inside to read what others have shared
Family and friends are coming together online to create a special keepsake. Every memory left on the online obituary will be automatically included in this book.
View Tribute Book
Services for Patricia Harrell
There are no events scheduled. You can still show your support by planting a tree in memory of Patricia Harrell.
Plant a tree in memory of Patricia

Share Your Memory of
Patricia
Upload Your Memory View All Memories
Be the first to upload a memory!
Share A Memory
Plant a Tree