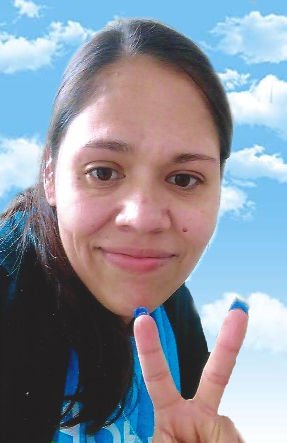 Please share a memory of Nacole to include in a keepsake book for family and friends.
View Tribute Book
Nacole Marie "Coco" Wilson, age 37, passed away on Monday, July 26, 2021, in Ardmore, Okla. Funeral services will be held at 2:00 PM, Monday, August 2, 2021, in The Chapel at Griffin ~ Hillcrest Funeral Home with interment to follow in Nelda Cemetery. Nacole was born in Oklahoma City, Okla., on February 9, 1984, to Melvin Wilson and Teresa Bamburg. Nacole attended Ardmore Schools. She then went on to attend the culinary school at SOTC. She started working at the Crisis Center as a counselor for a time. Nacole later went to work as a cook at Baldwin's Restaurant, and worked throughout the years until her passing. She had a passion for arts and crafts, and had as many Caboodles as possible. She loved making things for people. Nacole loved to collect lots and lots of things. She was preceded in death by her paternal grandmother, Wanda Wilson, and maternal grandfather, Kenneth Kishketon. Nacole is survived by her mother, Teresa Bamburg, father, Melvin Wilson, son, Christian Redhawk, brother, Justin Wilson and wife, Sarah, two sisters, Melissa Wilson and Stephanie Wilson, nieces and nephews, Mirakle Brown, Ja’ciana Wilson, Davynn Sampson, Malachi Wilson, and Josiah Wilson. Maternal grandmother, Mary Helen Orquiz, and paternal grandfather, Melvin Wilson. Serving as Honorary bearers will be Christian Redhawk, Jacob Trejo, Elijah Trejo, Nicholas Trejo, Justin Wilson and, Melvin Wilson. Visitation will be from 6:00pm until 8:00pm, Sunday, August 1, 2021, in The Chapel at Griffin~ Hillcrest Funeral Home. Condolences may be left at www.Griffin-Hillcrest.com
To send flowers to the family or plant a tree in memory of Nacole Wilson, please visit Tribute Store
Print
Sunday
1
August