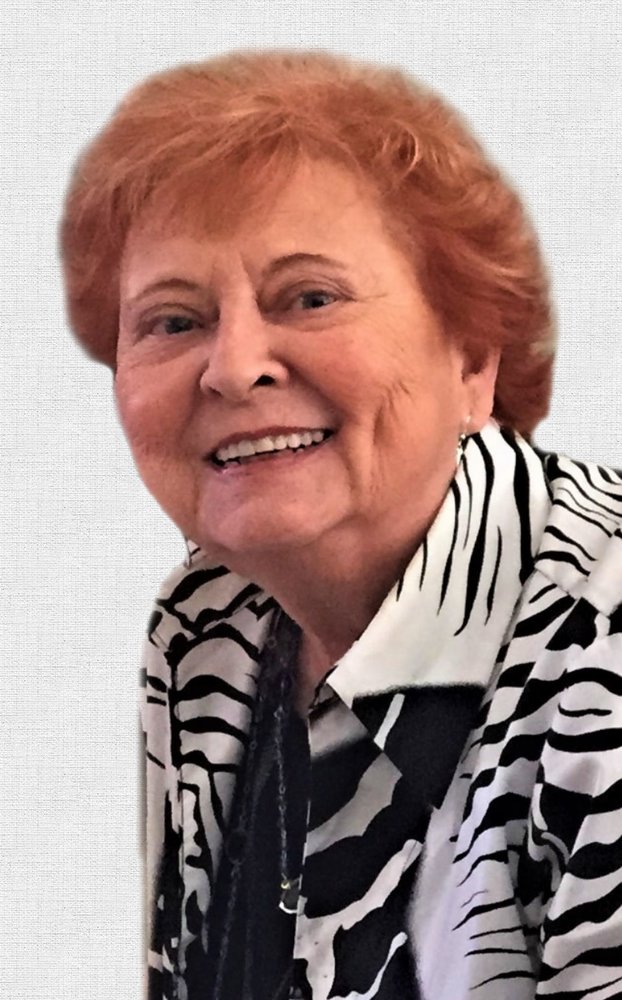 Please share a memory of Mayme to include in a keepsake book for family and friends.
View Tribute Book
Mayme “Jo” Cremer, age 87, passed away on July 17, 2021, in Lewisville, Texas. A gathering and celebration of Jo’s life, will be Thursday, July 22, 2021 at 4:00 PM until 6:00 PM in Griffin~Hillcrest Funeral Home at Ardmore. Private family entombment has been held in Hillcrest Mausoleum. Jo was born Mayme Jo Pogue on February 11, 1934, in Springer, Oklahoma to Jess Buren Pogue and Naomi Catherine (Smith) Pogue. She died on July 17, 2021 at Medical City Lewisville in Lewisville, Texas. Jo graduated from Springer High School in 1952 and attended Oklahoma State University. She married Robert “Bob” Cremer on April 2, 1954 in Ardmore where she lived until 2004. Jo was a real estate agent in Ardmore for a number of years, spending most of her career with Maureen Realty. Jo was very active in Ardmore Little Theater (ALT); some of her more memorable roles were in the ALT productions of Where’s Charley, How to Succeed in Business Without Even Trying, Steel Magnolias, Greater Tuna, and A Tuna Christmas. She also directed The Nerd in 1989. She was honored with the ALT’s Joe A. Callaway lifetime achievement award. Jo moved from Ardmore to Flower Mound, Texas in 2004, a few years after the death of her husband, Bob, in 2001, where she lived the remainder of her life. Jo was preceded in death by her parents, Jess and Naomi; two brothers Merle and Marvin; and her husband, Bob. Jo is survived by her two children, Gregg Cremer of Shaker Heights, Ohio and Joni Cremer Cox of Flower Mound, Texas; her sister, Gloria German of Flower Mound, Texas; five grandchildren and eight great grandchildren. Memorials in her name may be made to Ardmore Little Theater, 401 1st Ave SW, Ardmore, OK 73401. Condolences may be left at www.griffinhillcrest.com.
To plant a beautiful memorial tree in memory of Mayme Cremer, please visit our Tree Store

Look inside to read what others have shared
Family and friends are coming together online to create a special keepsake. Every memory left on the online obituary will be automatically included in this book.
View Tribute Book
Services for Mayme Cremer
There are no events scheduled. You can still show your support by planting a tree in memory of Mayme Cremer.
Plant a tree in memory of Mayme