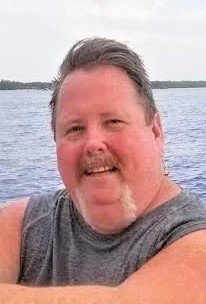 Please share a memory of Gary to include in a keepsake book for family and friends.
View Tribute Book
Gary Don Lemaster, age 59, passed away peacefully at home with family and friends by his side on Thursday, July 1, 2021 in Ardmore, Okla. Services are planned for a later date. Cremation under the direction of Griffin~Hillcrest Funeral Home. Gary was born at Ardmore, Okla. on March 11, 1962, to James Washington Lemaster and Virginia Lee (Doerr) Lemaster. He attended and graduated from Ardmore High School. As a Boy Scout he earned his rank as an Eagle Scout and served as Assistant Scout Master in Troop 1 and Scout Master in Troop 107. He also attended Murray State College and went onto work as a surgical technician at the Mercy Hospital of Ardmore, then working for Carter County as the Jailer and later took up truck driving for Joe Brown. Gary was a jack of all trades and no matter what was going on in his personal life he was always there with a helping hand and with a heart of gold. He was dependable and there for any one in need. Being a part of the great outdoors was a major part of Gary’s life; he loved camping, cookouts, hunting, fishing and was a life member of the National Rifle Association. He loved to vacation in Cozumel whenever he could. Though Gary never had children, he had many nephews and nieces that he treated as his own. He loved them as they loved him. He is preceded in death by his parents, James Washington Lemaster and Virginia Lee (Doer) Lemaster, grandparents, Everett and DeeDee Lemaster and Jacob Peter and Esther Doer. Gary is survived by his brother, James Norman Lemaster and wife, Brenda, sister, Sharon Jean Smith, nephews, Steven Goodman, Kenny Goodman and wife, Anna, niece, Christine Hamilton and husband, Randy, and many great-great nephews and nieces. Honorary Pallbearers will be; Todd Myers, Ty Myers, Eric Myers, Kenny Goodman, Steve Goodman and Randy Hamilton. In lieu of flowers, donations in his name may be given to CrossTimbers Hospice at 207 C St. NW, Ardmore, Okla.
To plant a beautiful memorial tree in memory of Gary Lemaster, please visit our Tree Store

A Memorial Tree was planted for Gary
We are deeply sorry for your loss ~ the staff at Griffin Funeral Home
Join in honoring their life - plant a memorial tree
Services for Gary Lemaster
There are no events scheduled. You can still show your support by planting a tree in memory of Gary Lemaster.
Plant a tree in memory of Gary
Print
Online Memory & Photo Sharing Event
Online Event
About this Event

Look inside to read what others have shared
Family and friends are coming together online to create a special keepsake. Every memory left on the online obituary will be automatically included in this book.
View Tribute Book
Share A Memory
Plant a Tree