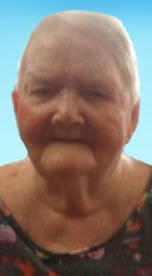 Please share a memory of Dovie to include in a keepsake book for family and friends.
View Tribute Book
Dovie Mae Bowman, age 77, passed away on June 7, 2021, in Davis, Okla. Funeral services will be held at 10:30 AM, Friday, June 11, 2021, in The Chapel at Griffin~Hillcrest. Interment to follow in Provence Cemetery, Ardmore, Okla. Dovie was born on December 1, 1943, to Nute Steven Neasbitt and Martha Adeline (Ramsey) Neasbitt in Ardmore, Okla. She attended Ardmore schools through the 11th grade and then married her first husband Robert Edwin Vaughn in 1961 in Ardmore and from this union came their four children and later that marriage ended. In 1974, she began working at Sonic on Grand for Ned Albert, while at the same time, working for the Super Dog on North Commerce. Dovie earned her Nursing Certificate. She worked at Elmbrook for three years and then went to work for Stromberg Carlson. She worked for Stag on Main as a bartender and also for Sam McLain the thrift store. She later worked as a bartender at Stiffys for three years. After her marriage to her second husband, Carroll Bowman, she retired to become a homemaker. Dovie was raised in the Salvation Army and apart of the Women's VFW Auxiliary. She enjoyed bingo, bowling and playing pool. She was preceded in death by her parents, Nute Steven Neasbitt and Martha Adeline (Ramsey) Neasbitt, husband, Carroll Bowman, seven brothers, one sister, and two half-brothers. Dovie is survived by four children; Karen Davis, Rebecca Cruz, and husband, Severo, Jerry Vaughn, and wife, Deanna, and Frances Manning, and husband, Danny, twelve grandchildren, eighteen great-grandchildren and sister, Ruby Lee Maher. Those serving as pallbearers will be Matthew Opsahl, Cody Opsahl, Darrel Manning, Derrick Manning, Severo Cruz, Jr., and Severo Cruz, III. Condolences may be left at www.griffinhillcrest.com.
To send flowers to the family or plant a tree in memory of Dovie Bowman, please visit Tribute Store
Print
Friday
11
June