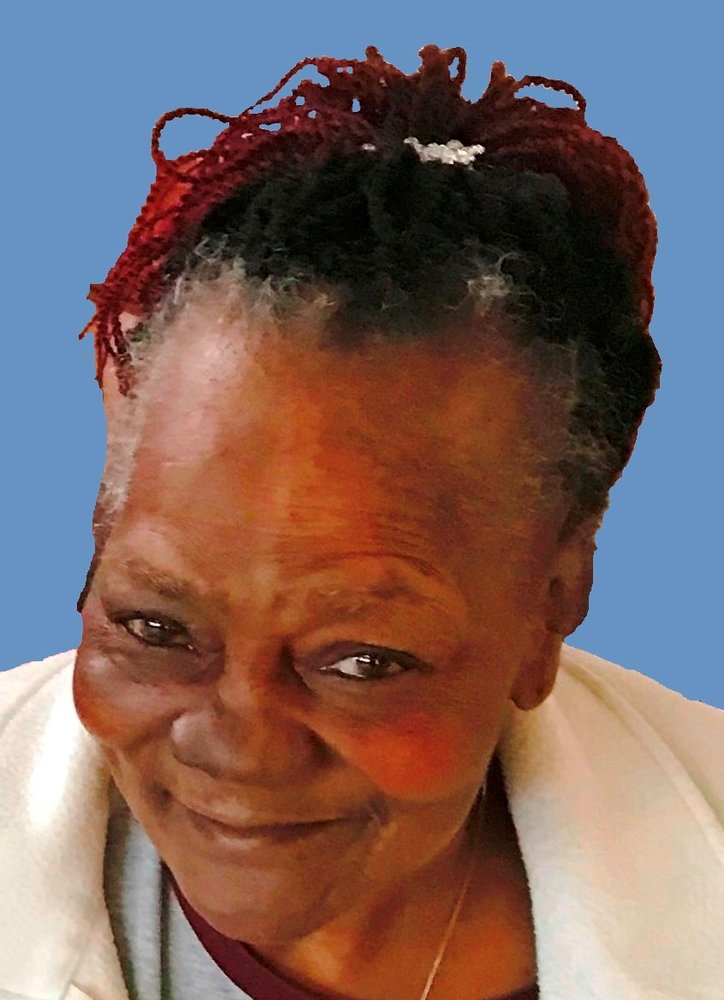 Please share a memory of Mildred to include in a keepsake book for family and friends.
View Tribute Book
Mildred “Toy” (Hennesy) Jackson, 77, Ardmore, Oklahoma passed away on Sunday, April 18, 2021 at Woodview Nursing Home in Ardmore, Oklahoma. Graveside services will be at Hopewell Cemetery, Wynnewood, Oklahoma on Friday, April 30, 2021 at 1:00 p.m. with the Reverend Kirk Rushing to officiate. Mildred was born in Wynnewood, Oklahoma on December 25, 1943, to Ludie and Ira (Flowers) Hennesy. She was the youngest of nine children. Mildred married Tommie Jackson in the early 70’s and to this union was born two children a daughter and a son, two of her five children. Mildred worked as a nurse’s aide at Pauls Valley General Hospital, Washita Valley Nursing Home, both in Pauls Valley, Oklahoma, and Lawton, Oklahoma. She was an avid basketball fan and enjoyed attending her niece, great nieces and grandson’s basketball games. A few times she attended games with her sister Lois, and we would always hear her shouting, there was no need to look in the stands and see she was there, we would hear her voice and say” Aunt Toy’s here” and laugh. She will be greatly missed. We will never forget how she could chew that gum, we loved to hear the popping sounds she would make, chew pop pop chew pop pop yes, she will be missed. Her parents, four brothers, Jamie, Ludie Jr., Lawrence and Millard Hennesy and three sisters, Linnie Hudspeth and Ina Moore, Lois McCarroll, two daughters Winifred Sadler and Shante Jackson preceded her in death. She leaves to cherish her memories children, Carolyn Nero and husband Early, Darrell Hennesy, Tommie Jackson, Brother Leo Hennesy and wife Charlesetta, a host of grandchildren, great grandchildren, great great grandchildren nieces, nephews, other relatives and friends. Pallbearers will be: Craig McCarroll, Keith McCarroll, Jerome Hennesy, Jerry Sadler Jr, DaQuon Anderson, Dewayne Smith Honorary Pallbearers: Lawrence McCarroll, Cecil McCarroll, Danny Anderson Visitation will be from 6:00 pm to 8:00 pm, on Thursday April 29, 2021 at Griffin-Hillcrest Funeral Home.
To plant a beautiful memorial tree in memory of Mildred Jackson, please visit our Tree Store

Look inside to read what others have shared
Family and friends are coming together online to create a special keepsake. Every memory left on the online obituary will be automatically included in this book.
View Tribute Book
Services for Mildred Jackson
There are no events scheduled. You can still show your support by planting a tree in memory of Mildred Jackson.
Plant a tree in memory of Mildred