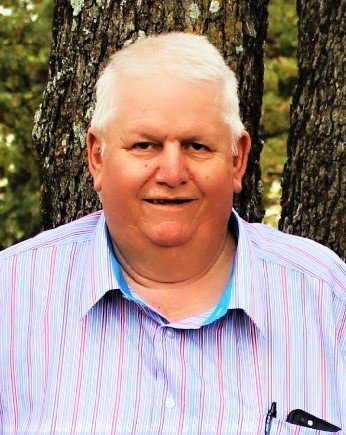 Please share a memory of Charlie to include in a keepsake book for family and friends.
View Tribute Book
Charlie Bob “Pops” Abbe passed away at his home in Ardmore surrounded by his family on Thursday, April 22, 2021, at the age of 70. Funeral services will be 2:00pm, Wednesday, April 28, 2021, in The Chapel at Griffin ~ Hillcrest Funeral Home. Interment to follow in Hillcrest Memorial Park. Charlie was born in Morton, TX on November 11, 1950 to parents, Charles and Jean Abbe. Charlie was a graduate of Three Way High School class of 1969. On February 15, 1974, Charlie married the love of his life Jeannie Martin of Petersburg, TX. Charlie worked for the Lorenzo CO-OP, moving with the CO-OP to Idabel then Afton. Charlie and family moved to Ardmore, Okla. in 1981 working for Elliott’s Oil Field & Supply. In 1985, he opened South Central Tractor and Supply in Overbrook before he joined S.O.W.C. in 1985 working until he retired in October 2016, after 31 years of service. Charlie was preceded in death by his father, Charles William Abbe. Charlie is survived by his wife, Brenda “Jeannie” Abbe, of the home, children; Chad Abbe and wife Rachelle, of Glendale, AZ, Jake Abbe and wife Kelly, of Stafford, VA, Kasey Renteria and husband Jeremy, of Ardmore, Okla. Eight grandchildren; Landon, Ashley, Devin, Will, Grayson, Ryan, Sadie, and Jersey. His mother, Jean Abbe of Morton TX and brother, Geneo Abbe and wife, Debbie of Panhandle TX, sister , Cheryl Martin and husband, Bennie who was his best friend of Dickens, TX and sister, Leann Abbe of Morton, TX. Those serving as pallbearers will be; Chad Abbe, Jake Abbe, Jeremy Renteria, Devin Renteria, Tully Martin and Josh Martin. Visitation will be from 6:00pm until 8:00pm, on Tuesday, April 27, 2021 at Griffin ~ Hillcrest Funeral Home.
To send flowers to the family or plant a tree in memory of Charlie Abbe, please visit Tribute Store
Print
Tuesday
27
April