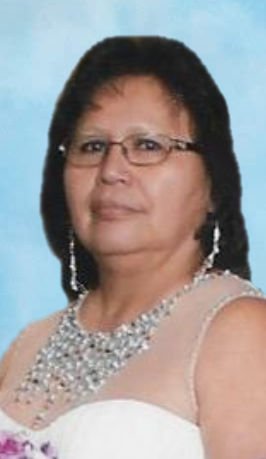 Please share a memory of Mamie to include in a keepsake book for family and friends.
View Tribute Book
Mamie Lou Ashby, age 67, passed away on March 20, 2021 in Oklahoma City, Okla. Funeral services will be 2:00pm, Thursday, March 25, 2021 at Calvary Christian Fellowship in Ardmore, with Pastor Jody Ham officiating. Cremation under the care of Griffin~ Hillcrest to follow. Mamie was born on January 6, 1954, to Edmond Davis, Sr., and Lula (Lewis) Davis in Ardmore, Okla. She attended and graduated from Dickson High School with the class of 1972. She then worked at the Sky View Drive In. Mamie married Dennis Baptiste, on Feb. 11, 1974 in Gainesville, TX. She worked at the Pants Factory in Marietta and continued when it moved to Ardmore until it closed in 1998. In November of 1998, she went to work for Michelin Tire Company working as Class Inspector. After the passing of her husband in 2008, she met Neal Ashby and they got married on April 12, 2014 in Ardmore, Okla. She continued to work for Michelin and retired on January 10, 2021. She was a member of Calvary Christian Fellowship where she was devoted to her Christianity; Mamie loved being in solitude with her Bible studies. She enjoyed studying with her brother, Mond and spending time with her grandchildren and family. Never missing any of her children’s sports events. She was preceded in death by her parents, first husband, Dennis Baptiste, brothers, Ricky Davis and Randy Davis. Mamie is survived by her husband, Neal Ashby, three daughters; Emily Morgan and Jolene Morgan, all of Ardmore and Jackie Morgan of Oklahoma City, three sons, Spencer Davis and wife Stefani, Ricky Davis and Jerome Morgan and wife Denise, all of Ardmore, fourteen grandchildren and nine great-grandchildren. Four brothers, Edmond Davis Jr., Claude Davis, Mond Davis and wife, Kathy, all of Ardmore and Glenn Davis, and wife, Lois, of Durant, and a host of nieces, nephews, and family. Pallbearers will be; Travis Davis, Vernon Davis, Clayton Davis, Mark Davis, Dustin Davis and Brian Davis. Visitation will be held from 6:00pm until 8:00pm, Wednesday, March 24, 2021, at Griffin~Hillcrest Funeral Home.
To send flowers to the family or plant a tree in memory of Mamie Ashby, please visit Tribute Store
Print
Wednesday
24
March