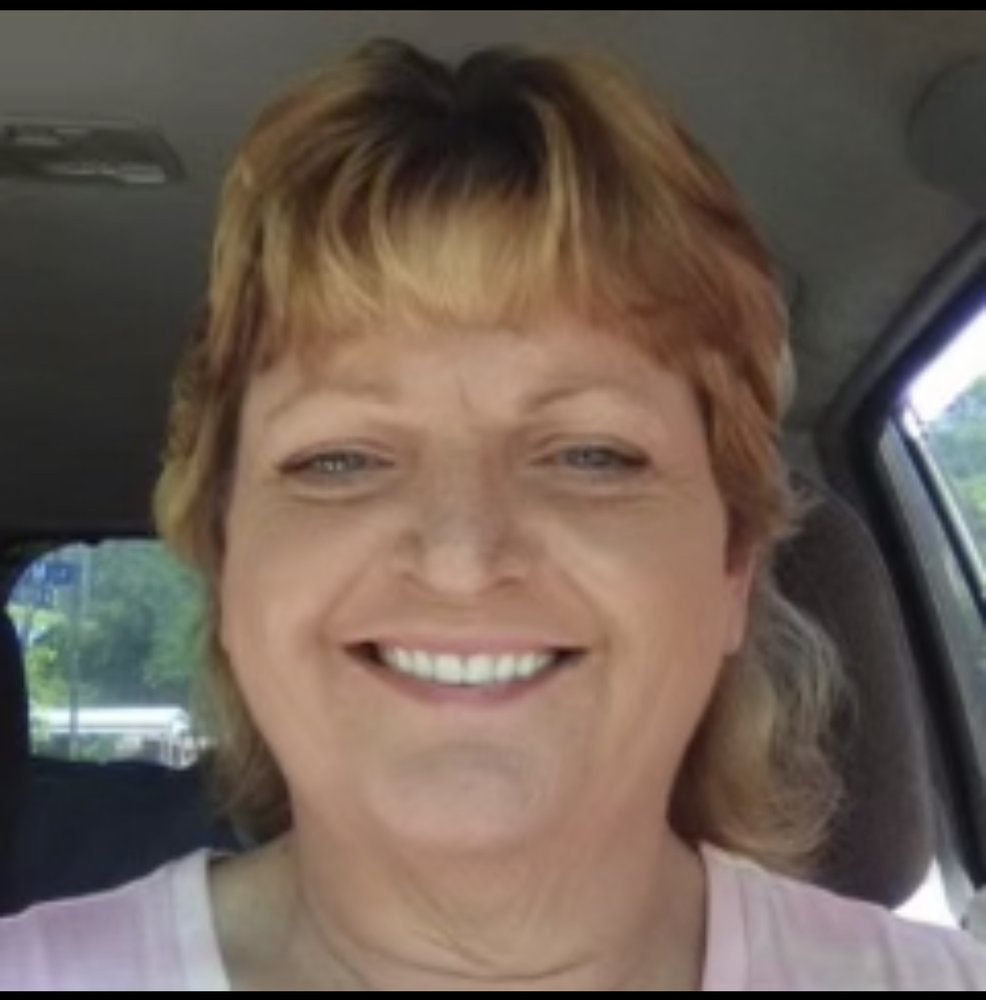 Please share a memory of Tammy to include in a keepsake book for family and friends.
View Tribute Book
Tammy Lynn Studeman, age 54, passed away on Friday, February 12, 2021, in Denison, Texas. Funeral services will be held at 2:00 PM, Thursday, February 18, 2021, in The Chapel at Griffin ~ Hillcrest Funeral Home with interment to follow in Rose Hill Cemetery of Ardmore, Okla., with Pastor Billy Holder officiating. Tammy was born in Ardmore, Okla., on January 21, 1967, to Clint Studeman and Myrtie (Laney) Studeman and she attended Ardmore City Schools. She married Rocky Louis Mitchell Sr. in Ardmore in 1988. From their marriage her son, Rocky Jr., was born. Tammy worked for Ardmore Pants Factory and later, in 1996, at Jefferson Elementary School in Ardmore. Her marriage to Rocky ended in 2001, and in 2002 she married Billy Berry in Ardmore. From this union, her son, Jimmie Lee, was born. The family moved to Ozark, Arkansas, and she worked as a restaurant manager and for the local super market in the meat department. In 2014, they moved to Enos, Okla., and Tammy took a position in housekeeping at the Madill Hospital. Her marriage to Billy ended in 2017. In 2019, she began working at Oklahoma Steel and Wire, running a barbed wire machine until her health forced her on medical leave after a fall in April of 2020. Tammy loved to watch her Dallas Cowboys and her Sooners play football. She was known for showing her passion as they played. Spending time with family was important to Tammy. She was preceded in death by her parents, two brothers, and one sister. Tammy is survived by her son, Rocky Mitchell Jr. and wife, Kallie, and son, Jimmie Lee Berry. Two grandchildren, Khloe Mitchell and Kinslee Mitchell. Brothers, William Studeman of Stringtown, Okla., and Ricky Studeman and wife, Shannon, of Lone Grove, Okla., and sisters, Peggy Bagwell of Ardmore, and Patricia Stewart of Lone Grove. Sister-in-law, Donna Studeman of Ardmore, Okla. Serving as pallbearers will be Michael Cook, James Stone, Troy Stone, Allen Cook, Billy Studeman, and Bobby Studeman. Visitation will be held on Wednesday evening, February 17, 2021, from 6:00 PM until 8:00 PM, at Griffin ~ Hillcrest Funeral Home. Condolences may be left at www.GriffinHillcrest.com.
To send flowers to the family or plant a tree in memory of Tammy Studeman, please visit Tribute Store
Print
Wednesday
17
February