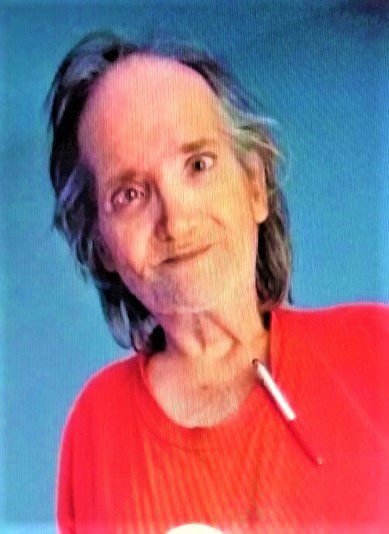 Please share a memory of Earl to include in a keepsake book for family and friends.
View Tribute Book
Earl Ray McCourt, Jr., age 61, passed away on February 9, 2021, in Denison, TX. Funeral services will be held at 10:30 AM, Saturday, March 6, 2021, in The Chapel at Griffin ~ Hillcrest with Pastor Bruce Kirby officiating. Cremation under the care of Hillcrest Crematory. Earl was born on August, 21, 1959, in Topeka, KS. to MoRene (Osburn) McCourt Meine and Earl Ray McCourt, Sr. He attended Grand Prairie High School and graduated with the class of 1977. After graduation, he started working as an attendant in the Carmike Theater. He later drove a cab for a short while and then moved to Laughlin, Nevada. in 1981, where he was a money handler at the local Casino. He moved to Ardmore, Okla. in 1995 to help care for his mother and step-father, John. Earl was an avid cribbage player and loved working crossword puzzles and find a word. He also enjoyed playing along with his game shows and watching Nascar racing, always attending when he could. He was preceded in death by his mother. Earl is survived by his father, Earl Ray McCourt, Sr. and his wife, Louise, brother, Robert McCourt and family, sister, Cheryl Martinez and Sweetie, sister, Linda Martin and family of Gene Autry, Okla., two brothers, Richard McCourt, and Randall McCourt, sister Lisa McCourt Pruitt, uncle, Kenneth Mabry, of Ardmore, Okla., and numerous nieces and nephews. His canine companions, Sissy Bug and Sassy; who he thought of as his kids.
To send flowers to the family or plant a tree in memory of Earl McCourt, Jr., please visit Tribute Store
Print
Saturday
6
March