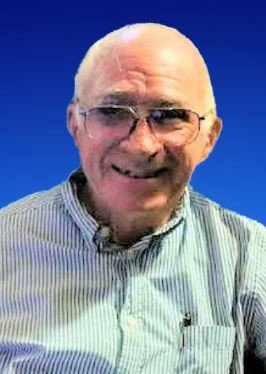 Please share a memory of Alvin to include in a keepsake book for family and friends.
View Tribute Book
Alvin Maurice Leaman, passed away on December 6, 2020 in Dallas, Texas. A special memorial service remembering both Al and his grandson, Travis, will be held at 2:00 PM, Saturday, January 9, 2021 in The Chapel at Griffin-Hillcrest Funeral Home in Ardmore, Okla. Al was born in Hinton, Okla. on April 1, 1932, Al was the son of Maude Elsie Chenoweth and Clarence Leaman. Following graduation from Central High School in 1950, Al attended Oklahoma University. He was drafted and served in the Korean Conflict as an Air Force Specialist from 1951-1954 in Japan and Korea. For a brief period of time prior to his military service, Al and his brother, Gordon, established the first water ski school on Lake Texoma. Upon his return from the war, Al’s love of water sports gave inspiration to unique ventures such as becoming a featured professional water skier at Cypress Gardens, Florida, providing the entertainment daily performances. His brother, Gordon, an entrepreneur in the truest sense, encouraged Al to leave Florida and return to Ardmore, Okla., to join him in numerous business enterprises, including establishing the first ski school at Lake Murray. But for most of his career, Al was an independent salesperson in Oklahoma and Texas, retiring in Texas in 2005. His love of being near the water never faded from his life. From water skiing, to deep sea fishing or beach time with family and friends, Al found his passion there. He especially enjoyed vacations to Port Aransas, Texas, for deep sea fishing and never turned down an invitation to the Florida beaches. He was preceded in death recently by his grandson, Travis Brian Harrington of Tulsa, Okla., who died on November 16, 2020; by his older brothers, Gordon Eugene Leaman (1965) and Ronald Eugene Leaman (2003); his father Clarence Leaman (1965) and mother Maude Elsie Chenoweth Leaman (2005) of Okla. City, Okla. Al is survived by three daughters, Tracy Leaman Ream and husband Fred; Dana Leaman Williams and husband Worth of Dallas; Beverly Leaman Harrington of Corpus Christi, Texas; seven grandchildren, Jordan Ream Hutchinson and husband Tom; Sterling Ream and wife Angela; Morgan Ream Smith and husband Niel; Whitney Williams Rowell and husband Spencer; Hannah Harrington, Annie Harrington Jones and husband Ross; and eight great-grandchildren. In lieu of flowers, the family request donations in memory of Al Leaman to one of the following organizations: Veteran’s Hope for the Warriors at https://support.hopeforthewarriors.org/give/166840/#!/donation/.
To send flowers to the family or plant a tree in memory of Alvin Leaman, please visit Tribute Store
Print
Saturday
9
January