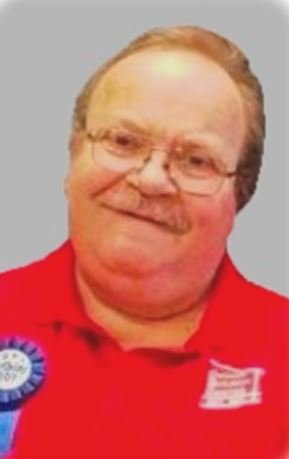 James David Holley, age 65, passed away in his home on October 21, 2019, in Ardmore, Okla. Funeral services will be held at 2:00 PM, Friday, October 25, 2019, in The Chapel at Griffin~Hillcrest. Interment to follow in Hillcrest Memorial Park.

James was born on October 16, 1954, to Jiles Vaxter and Bessie “Peggy” (Watkins) Holley, in Ardmore, Okla. James attended Plainview Public School and graduated with honors in 1973. He lived in Houston, Texas, for a short time and then returned to Ardmore in 1988. Where he then took a position with Hudson-Houston Lumber Company and then went to work for County Building Center where he was employed for 33 years. In 1989, he met Penny Follis and the couple married on February 1, 1990, in Ardmore, Okla. They enjoyed many activities before they had their daughter, Jamie. James loved life, enjoyed working, watching his TV shows and getting a soda and just driving around.

He was preceded in death by his parents, and sister, Helen Damerell, brother, Jimmy Holley.

James is survived by his wife, Penny Holley, daughter, Jamie Holley, and one granddaughter, Kennedy, all of Ardmore, one brother, Dale Holley, of Irving, Texas, two sisters, Sharon Miller, and Husband, Stan, of Tishomingo, Okla., and Barbara Claborn, and husband Alvie, of Chattanooga, Okla., and a host of family and friends.

In lieu of flowers, please make donations in his name to The Ardmore Animal Shelter, 321 Carol Brown Blvd, Ardmore, OK 73401.

Share Your Memory of
James
Upload Your Memory View All Memories
Be the first to upload a memory!
Share A Memory
Plant a Tree