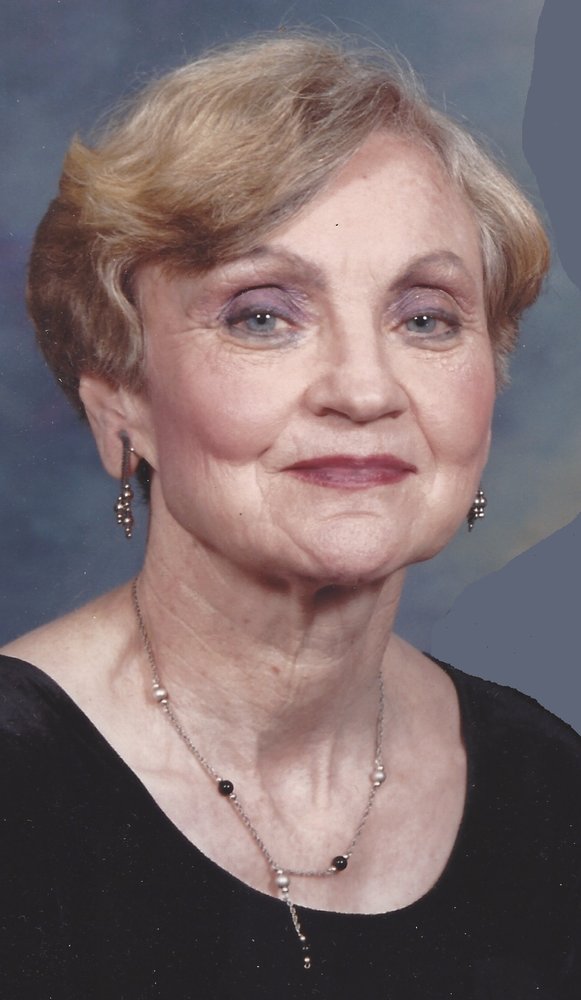 Please share a memory of Earlene to include in a keepsake book for family and friends.
View Tribute Book

Earlene Goddard, age 87, passed away on Friday morning, March 23, 2018, in Ardmore, Okla., and crossed the bridge to put off the mortal and embrace the eternal destiny promised by her savior Jesus Christ. Funeral services will be held at 2:00 pm, Wednesday, March 28, 2018, in The Chapel at Griffin ~ Hillcrest with Dr. Alton Fannin officiating. Interment to follow in Hillcrest Memorial Park of Ardmore.

Earlene was born on October 29, 1930, to Earl Leonard Freeman and Allie Melinda (Arthur) Freeman, in Ringling, Okla. She was a homemaker attending to the upbringing of four sons in a Christian home. When her children were younger, she volunteered as Den Mother as they progressed through Cub Scouts and spent several summers taking her boys to swim lessons at the community pool. She was active in the Parent Teacher Association of Jefferson Elementary School and enjoyed baking cakes for the cake walk in the annual fall school carnival. Earlene and her husband Paul Goddard, Jr., were members of First Baptist Church of Ardmore. She enjoyed singing in the choir and encouraged her sons to follow her passion by singing worship songs in the children’s choir. When her children were in high school, she worked for a time for Computer Congenerics, the Medical Arts Clinic, and worked for Dr. Gauthier briefly. She was fashion conscious and enjoyed working at Daubes as well. Earlene had quite the eye for fashion and enjoyed sewing for herself and her family.

Earlene is survived by three sons: Randall Gene Goddard and wife, Shelley Jolene, of The Woodlands, Texas, Gregory Phillip Goddard of Ardmore, and Bryan Goddard and wife, Molly, of Lone Grove, Okla. Six grandchildren and ten great-grandchildren. Sister, Patsy Bush and husband, Bill, of Hazelhurst, Miss., brother, Ricky Freeman and wife, Linda, of Ardmore, and a host of family and friends who hold her dear in their hearts.

To send flowers to the family or plant a tree in memory of Earlene Goddard, please visit Tribute Store
Tuesday
27
March