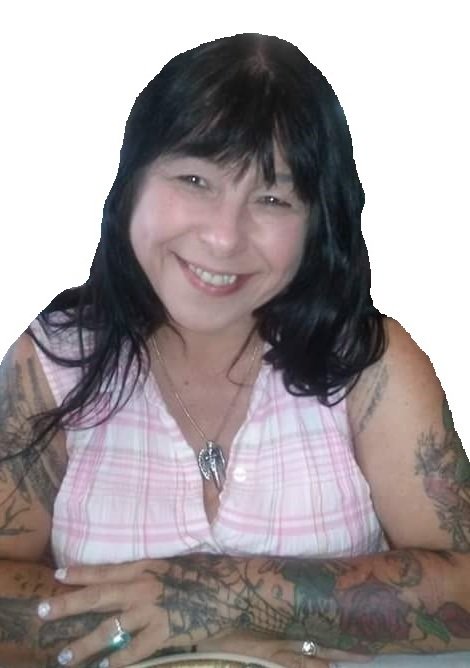 Please share a memory of Cindy to include in a keepsake book for family and friends.
View Tribute Book

Cindy was born in Huntington, Pennsylvania, on June 2, 1962, to Don Stuller and Joyce (Deahm) Stuller. She attended and graduated from Southern Huntington High School. Cindy married Paul McKinley, and from this marriage came five children, two boys and three girls. When that marriage ended, she married Chad Dietz and moved to Lapeer, Michigan. After Chad’s passing in January of 2015, she met the love of her life, Bill Hogue, on March 11, 2016. They married on March 21, 2016. They lived in Ardmore and she took a job with Dollar General Stores. She loved spending time on Facebook and reading science fiction books on horror and investigating cemeteries.

She was preceded in death by her parents, and husband, Chad Dietz.

To send flowers to the family or plant a tree in memory of Cindy Hogue, please visit Tribute Store
Friday
18
August