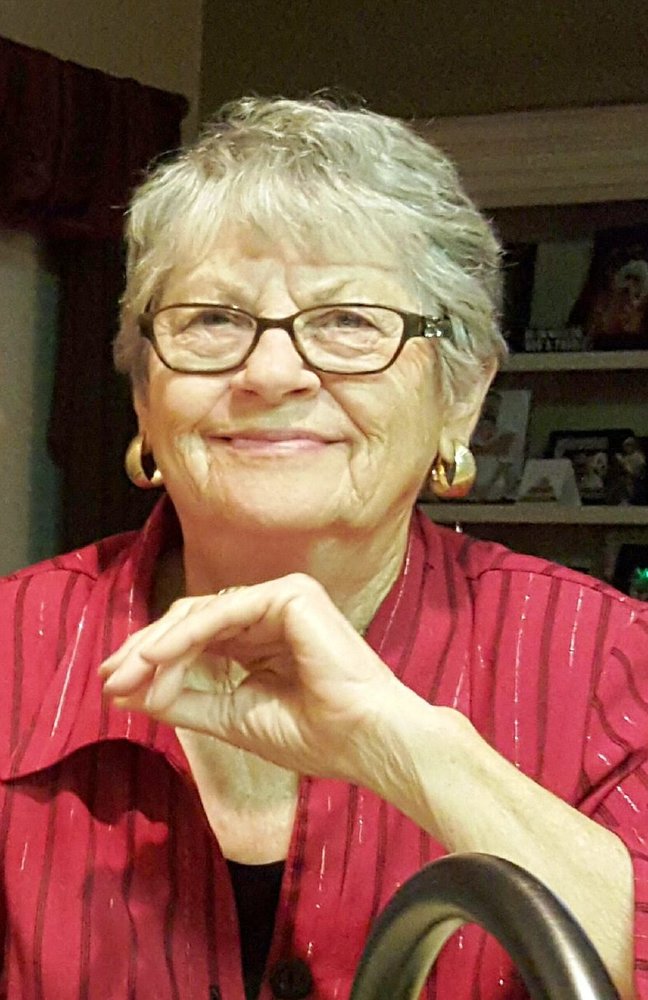 Please share a memory of Wilma to include in a keepsake book for family and friends.
View Tribute Book

Wilma Geraldine Carter, passed away at the age of 79, on Saturday, July 8, 2017, at Ardmore, Okla. Funeral services will be held at 2:00pm, Wednesday, July 12, 2017, at CrystalRock Cathedral with The Reverend Walt Spradling officiating. Interment to follow in Pruitt Cemetery.

Wilma was born on April 8, 1938, in Dexter, NM, to Frank Moxley and Maudie L. (Brooks) Moxley. Her family moved to Ardmore in 1944. Wilma married Chester Carter, Sr., on March 5, 1965, in Baum, OK. She was a devoted mother to her children and family. She will be remembered for her sense of humor and her contagious laughter. Wilma enjoyed her time outside working in the garden. She enjoyed attending her grandchildren’s sporting events and watching football on television. As a faithful Christian, Wilma has been a devoted member of CrystalRock Cathedral since February of 1989.

She is preceded in death by her parents, husband, sister, Pauline Dudly, two brothers, Eugene Moxley and Charly “Bill” Moxley.

To send flowers to the family or plant a tree in memory of Wilma Carter, please visit Tribute Store
Wednesday
12
July