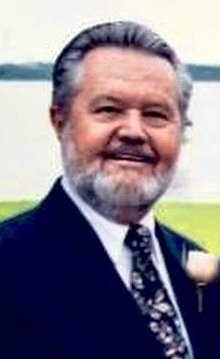 Please share a memory of Kenneth to include in a keepsake book for family and friends.
View Tribute Book

Kenneth Edward Witt, age 80, passed away on July 3, 2017, surrounded by family and loved ones at Arlington, TX. Funeral services will be held at 1:00 pm, Friday, July 7, 2017, in The Chapel at Griffin~Hillcrest with Pastor Donny Custar officiating. Interment to follow in Hillcrest Memorial Park.

Kenneth was born on February 9, 1937, to Edward Witt and Kenneth Mary (Daniels) Witt at Fort Worth, TX. Kenneth attended Oaklawn Elementary, William James Jr. High and Polytechnic High School. After graduation, he attended two colleges on golf scholarships, at Arlington State and later attended Texas Wesleyan College. He enlisted in the United States Navy in 1955. He completed eight years of service and then was honorably discharged in 1963. Kenneth dedicated his life to Golf and the Graphic Arts Industry selling printing ink for fifty years before retiring at the age of 74. Kenneth will be remembered for being the ultimate host. Though he had many achievements in his life, the devotion to the care of his family was the most important part to him.

He was preceded in death by his parents.

A visitation will be held from, 9:00 am until service time on Friday, July 7, 2017 at Griffin~Hillcrest.

To send flowers to the family or plant a tree in memory of Kenneth Witt, please visit Tribute Store
Friday
7
July