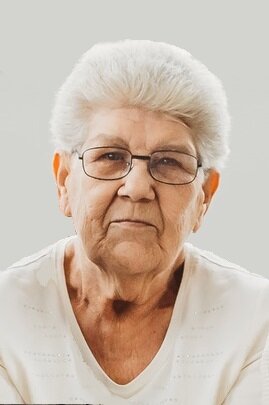 Please share a memory of Diana to include in a keepsake book for family and friends.
View Tribute Book
Diana Lynn Tibbs, age 72, passed away on Friday, April 15, 2022, at Ardmore, Okla. Graveside services will be held at10:30 am,Tuesday, April 19, 2022, at Mannsville Cemetery with Pastor Gary Gunsolus and Pastor Eythan Tibbs officiating. Services under the direction of Griffin~Hillcrest Funeral Home of Ardmore. Diana was born on March 15, 1950, to Herbert Mac Conway and Ola Mae (Gunsolus) Conway at Ardmore, Okla. She attended Ardmore High School. Diana married Bathaion Tibbs on January 7, 1966, at Ardmore. Education was important and, though she married young, she made sure she got her GED in 1978. She worked at Dickson Schools for their food service as well as for the school’s “Comet Hut” where she was lovingly nicknamed “Maw Tibbs”. Diana was a devoted mom who attended all of her sons’ events and would volunteer at the school to support whatever they were doing. She loved working in her garden, quilting, and playing cards with her family. She was preceded in death by her parents, husband, one sister, and five brothers. Diana is survived by three sons: Joe Tibbs and wife, Teresa, Tim Tibbs, and Chris Tibbs and wife, Christie. Five grandchildren: Eythan Tibbs and wife, Casia, Aleah Tibbs, Kim Cobb and husband, Ethan, Casey Tibbs, and Riley Tibbs, and six great-grandchildren. Visitation will be held on Monday evening, from 6:00 PM until 8:00 PM, April 18, 2022, at Griffin~Hillcrest Funeral Home of Ardmore. Condolences may be left at www.griffinhillcrest.com.
To send flowers to the family or plant a tree in memory of Diana Tibbs, please visit Tribute Store
Monday
18
April